Once again Brad was not feeling up to going bootin' around so my Brother-in-law (Bob) and Sister-in-law (Jane) took me into Newark for a little day trip. We stopped at an RV Dealer and I had a look at several RVs for ideas. Given that everything over here is smaller including the RVs I thought I'd find some really good ideas for using small spaces. I asked the Salesman what the largest rig he had was and he directed me to a machine which could be a blend of a Class B and C. It was essentially a Class B with a cab over - they all were except for a few 20' Class A's. There were a couple of good ideas though and I took a few photos.

Most of the RVs (Ironically, there is no class system for Motorhomes here) were 18-25 ft and ranged from 40 - 65,000 monetary lb. and other than 3 small Class A's all that we saw were cab over Class B's as we know them. However, upon arriving on the lot, Jane and I went to what appeared to be the largest rig in sight, suddenly it occured to me that it might belong to a shopper and not one of the viewing rigs. Sure enough as I went to grab the handle a dog inside barked. Thank god for dogs. LOL 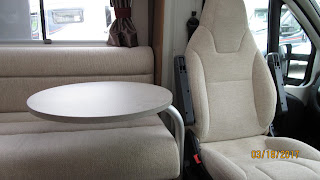 Swivel table at end of couch 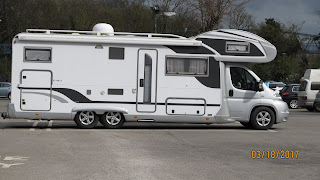 Class C (the largest, with the dog) 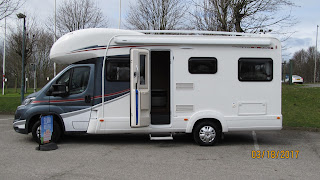 Class B with a cab over 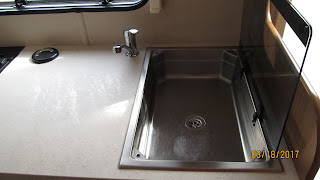 Place sink front to back to save usable counter space 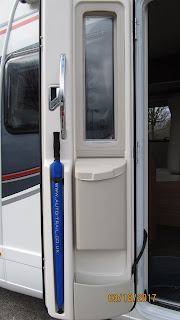 Garbage can attached to door (with umbrella holder, of course)

It was a fun outing and I took a few pictures of Newark-on-Trent while we were out also. 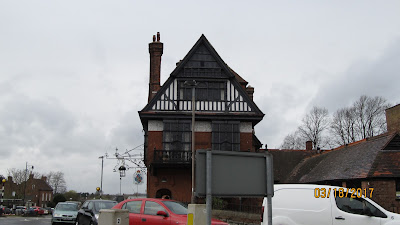 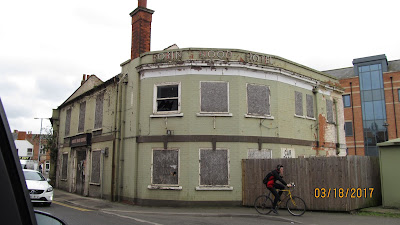 Robin Hood Hotel in Newark which is being demolished despite opposition 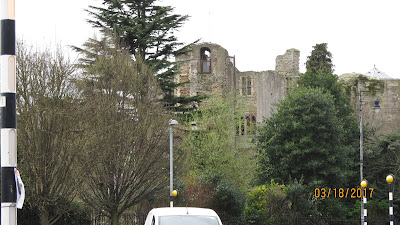 Crumbling building large enough to have been a castle in the day. Forgot to ask what it was though.

Brad was feeling a bit better last night so he came out with us for dinner at The Circle and then we all went over to Bob & Jane's and had a good chitchat for the evening. He had another rough overnight with his tooth but it does seem the medication is making some progress with it. By tomorrow he shall right as rain, I dare say.

Now when we go out and about I will be able to get pictures/video.