Camping on the beach

After several days on the road we decided to stay at a Campground last night, which of course allowed us to get some laundry done as well. We sat on the beach and had a relaxing drink while watching the sunset over Lake Nipissing. 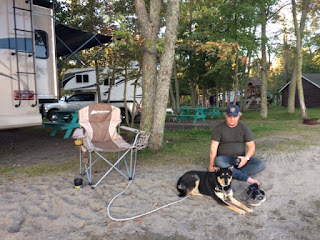 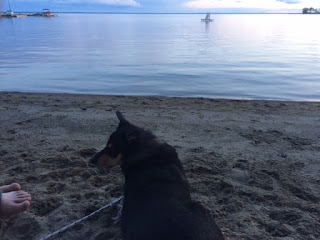 Our neighbours at this campsite are Americans heading home to Florida. They do not have internet access and only knew there was a hurricane but didn't know how bad it was (Hurricane Irma), they were trying to get cell service so they could call their (grown) kids and check in and we offered them our cell phone but (understandably) they wanted to do it on their own phone and managed to connect to bell for $5 CAD/day. Not too bad and similar to what Bell offers us going south also. As of right now they are still here at the campground but I suspect they will be heading off shortly. Not sure how close they will get with the evacuations going on down there but at least they will be doing something to keep their minds occupied.

This campground is quite literally at the waters edge and is mostly filled with permanent trailers but they had this awesome spot and we took it. $40/night for full hookups. 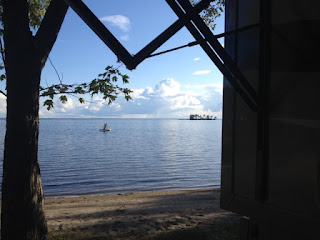