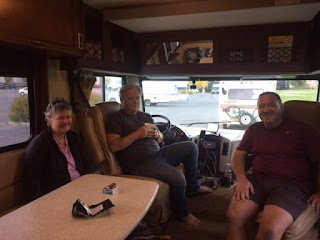 PS Just realized I didn't update the blog about the solar. We replaced our bulging 2- 12V's with 2-6V's and it is working great, except we don't have enough batteries. Sorry for skipping that part, its been a long couple of days.
Posted by Gone Rogue at 9:14 am