Snakes, Scorpions and Coyotes. Oh my!

Went to Quartzsite for breakfast this morning after discovering that the dog seatbelt we were looking for in town was not a seatbelt at all but a seatbelt looking dog collar. Aaargh. Then we decided to go to Parker looking for a dog seatbelt, they didn't have any so we grabbed some paracord and a couple of caribiners and we (he) shall make our own.

What I'm looking for with regard to the dog is a strap with a seatbelt latch on one end and something we can hook to his collar on the other. I'll be checking Amazon tootsuite. Just did. Like this: 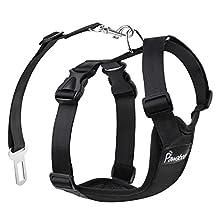 The others he just gets tangled up in

I also bought myself another hat. Blondie left her hat in the restaurant at Paradise Casino in Yuma. So I bought the identical hat, because frankly I liked that one. Once back in Quartzsite we drove around a few of the tents to see what there was to offer, I got a new pair of sunglasses. Adding even more to my beauty ;) (I look terrible in glasses)

We returned to the rig to discover we had set it in the wrong direction. The longest/hottest sun was on our sit outside side, so we moved slightly down the road and set up there - facing what we hope will be the right direction this time, offering us mid/late day shade.

Brad was putting up his TV antennae and new Canadian flag when the neighbour (from British Columbia) drove over to say hi. He proceeded to tell us that for years his 'group' has had this area filled up, although most are dead or dying now. He is 88 and his 'partner' who is in Washington at the moment is 97 he tells us. I inquired if we were in the way and he assured me that no we were fine, if not a little too close to the creekbed. Then he warns us of the snakes, scorpions and coyotes. Be careful if your picking anything up (dog poop) and that the scorpions don't usually go into the rigs (insinuation being the snakes do). When he said his 'partner' feeds the coyotes, I figured he was just having me on at that point and was just trying to get us out of an incoming friends anticipated spot. 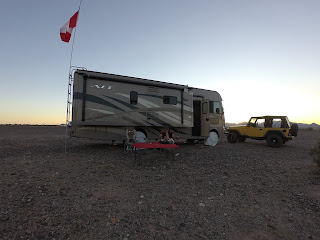 We figured all the Americans were flying theirs, so... when in Rome...

While supper (beef stew) was cooking in the Instant Pot - incidentally I don't use a recipe, I just review a few recipes and then wing it on my own with what I have - I walked around the bush beside our outdoor 'sitting area' and filled in all the snake holes (likely 25ish of them). We are sitting inside this evening and will take careful stock of the exterior area in the morning, just in case. Perhaps he's just a nice old guy, I don't know. Personally, I'm leaning toward he's trying to convince us we need to move. Which incidentally, we will be but only a few feet away from the creek towards the road after the next tank dump in a few days. Unless of course -- we have holes in the morning. 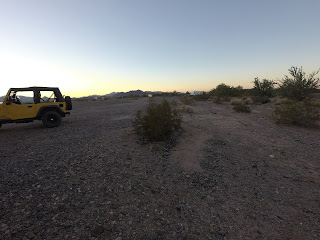 P.S. We know Snakes, Scorpions and Coyotes are a serious business around here but everyone else we spoke to said its not a problem, just be aware, alert and careful. Anyone care to argue that, please let us know. I'll be having dreams of Medusa tonight.
Posted by Gone Rogue at 8:41 pm