Yet another lesson learned

Spent most of the day finishing our drive in Idaho and then entered Utah. Fairly clear sailing until North of Salt Lake City when we caught up to what were listed on Google Maps as 'accidents', and we did see one but whether the rest of the kerfuffle was more 'accidents' or just city traffic I can't be sure. 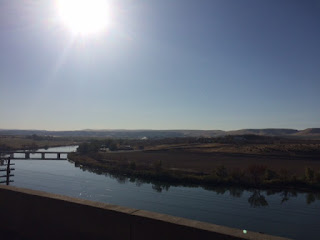 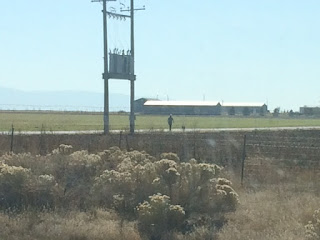 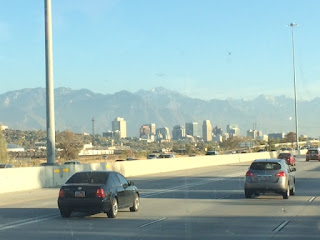 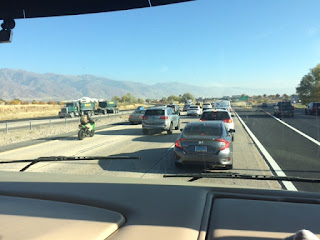 About 1.5 hrs in a traffic jam

Today's lesson: Don't plan your stop too close to sundown.

Due to the delay in traffic, I found a Walmart much closer than our intended stop for the night and they allow overnighting but we could't find a good spot and Brad wasn't comfortable staying there so I searched for another... 16km (10miles) down the road... off we went. I had a 6th sense and checked the AllStays app again just prior to the exit, sure enough they don't allow overnights and apparently have a towing company scouting the lot. According to the previous RVer the manager said that too many people were 'living' in the parking lot so they shut it down. Fair enough. So on the fly I had to come up with another...  after checking two others on the app, I finally found one which turned out to be the original stop I had planned for the night. Go figure. So here we are, Brad made dinner while I took Robbie out and after dinner Brad took him out again for a little walkabout. Its a dog's life around here I tell you.

Its 9pm Wednesday as I write this but I thought I'd do it now while the generator is running to top everything up. We actually went through a time change and all our clocks say 8pm, not sure if it will change back tomorrow as we head further West, so I haven't fixed them yet.

I'm nervous. Have no idea 'how' to do this boondocking thing particularly, we're in a foreign country -technically, I have seen some 'low-clearance' signs on the apps I have to find boondocking etc... I know we'll figure it out, but... sure wish I had a 'buddy' around who had done this before. I know its just a blonde thing and I'll just push through but these are my thoughts and I hope that in short order I will be laughing at my foolishness.

Onwards and Upwards my friends.