So the day started off with my girlfriend Vicky picking me up and we went to Temecula to do a bit of shopping at Costco. We arrived about 30 minutes before opening and the line up outside was insane.
In fact, they opened the doors just a few minutes later there were so many people outside. 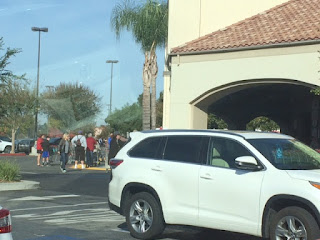 The crowd outside costco before opening

The picture doesn't do justice to the crowd at Costco this morning but its the only pic I got. We then went over to Sprouts... never heard of it before but it has officially been designated as my grocery store. Totally love this place. 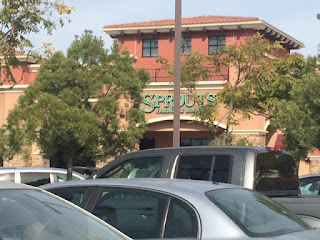 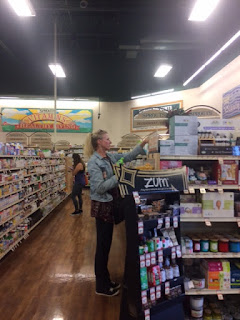 Vicky doing some shopping (she doesn't know I took this picture) Surprise!  Love ya girl!

After she dropped me at home Brad and I went to go see about our next 'home' and we are booked in for Wednesday. Your gonna love this place! Its incredible. Book your Xmas visit now before our RV fills up!

We expect to be there until Dec 27 but have the option to extend into mid January should we so desire, and personally I think we should. Only time will tell. We are locking into this place for an entire month and that's a long time for us so we shall see where it takes us.
Posted by Gone Rogue at 7:00 pm