With plans to meet up with Vic and Janice to learn how to play Pickleball this morning, including having set my alarm, imagine my surprise last night while we were visiting with Vickie in the backyard, when Brad says he wants to go to Oceanside in the morning....

Damn, am I ever going to learn Pickleball. Good thing I learn fast or Vickie would be able to kick my ass at the game by the time I get there.... never happen girlie....

I was up at 6:30am, Brad woke up at 8am. Morning coffee, blogs, etc., in the shower and beautified we managed to get out the door for 10am. Robbie to the dog park for his ritual and we pulled out at 10:15am.

Before he breaths Brad needs coffee so a stop at Starbucks was required, grabbed some cash and pulled out of Temecula at 11:15am. This is how it goes - frustrating.

By Noon we were in Oceanside. Wow. Beautiful (city, town?) no idea. Very nice. Hot! Damn Hot! Had to be 30C. I was clearly overdressed but in my defense I figured being on the water, the wind etc would cool it down... not so. Apparently that's only in the Atlantic, since I've never been to the Pacific (not in adulthood, anyway) I didn't know. So I was hot but at least I didn't wear a sweater! 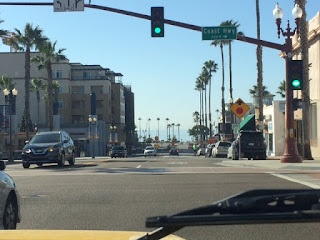 First sight of the Pacific at the top of the road 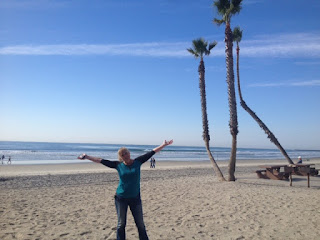 Brad had me pose for a pic just for you guys 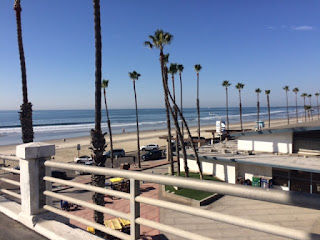 View from the Pier entrance 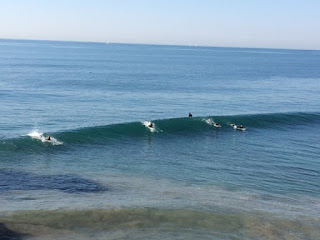 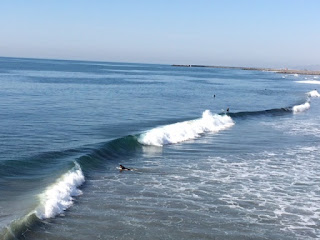 ...and there it is, the surfers had a blast 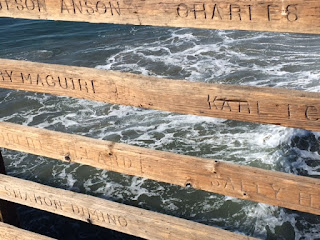 Side walls of the Pier had these names carved in it but I saw no explanation, anyone know? 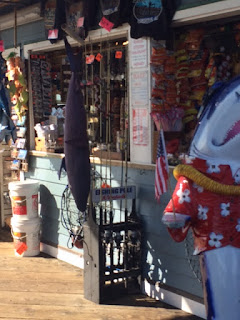 Fishing store as this is a fishing pier 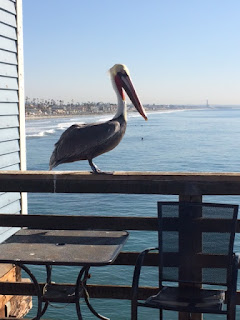 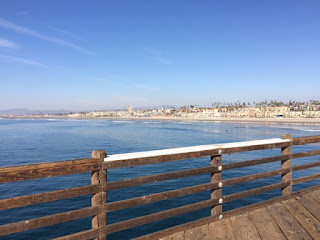 Built in cutting board for gutting the fish 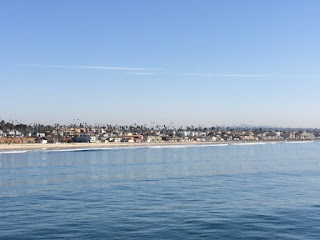 View of Oceanside from the pier 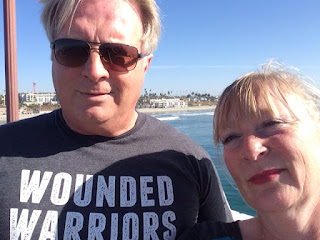 Finally, a pic of us both. I think it's our first Selfie! 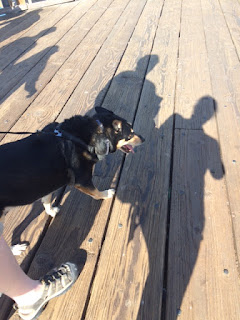 Robbie and his shadows 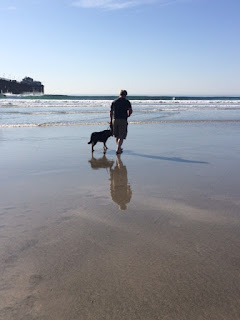 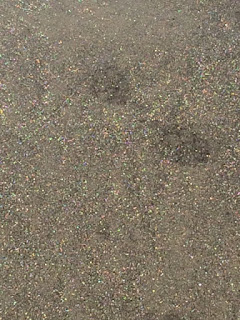 This sand has tiny little specks of what undoubtedly looks like gold flakes but as I saw some guys out with a metal detector, I assume it isn't. 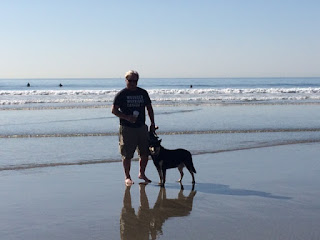 My men (Robbie is 8 yrs old now, so he's the oldest in the family) 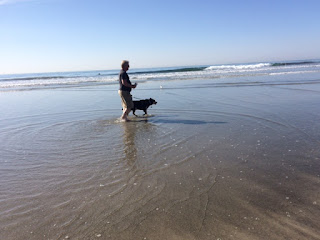 Robbie doesn't like water but with Daddy I guess it's okay 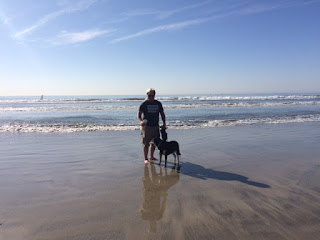 Wave coming in behind them 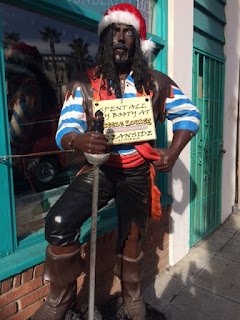 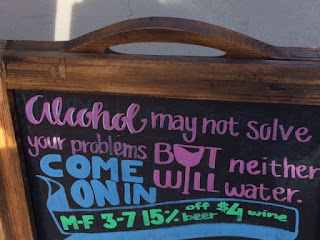 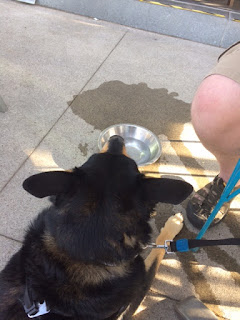 Stopped for a bite at Hello Betty's and they brought a bowl of water out for Robbie before I could even get his own bowl out... never had him served before, nice touch! 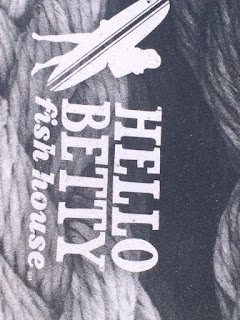 Really enjoyed the fish and the service was good.

Then a nice leisurely drive home in rush hour traffic but we just went with the flow and it was so beautiful we almost didn't notice the traffic jam which added 20 min to our route.

Stopped at the Puppy Park on the way home and was just going back to the car with Robbie when I almost literally bumped into Vickie. I had seen a Jeep pull up but didn't realize in the dark that it was them also returning from their day and taking Gus (their dog) for his ritual.