Brad and our neighbour friend Dave went to a car show in San Diego on Tuesday, they had a great time not sure if it was the car show or being away from their wives but a change is as good as a rest, they say.... 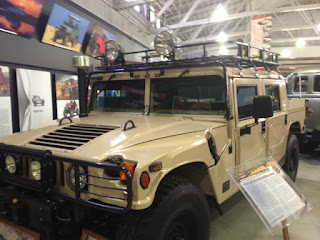 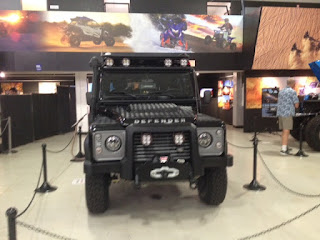 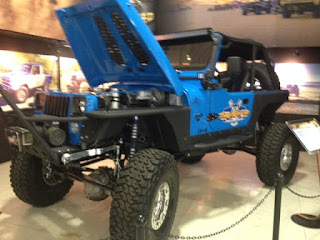 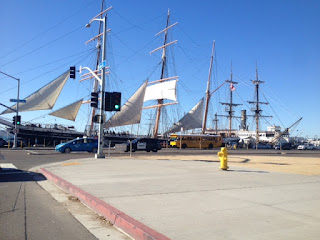 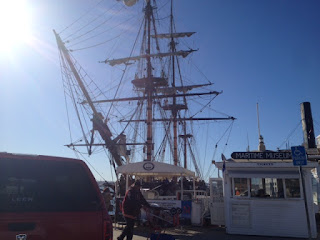 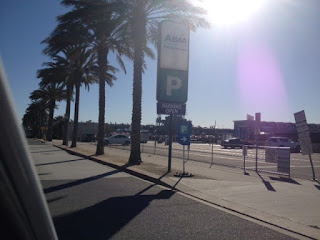 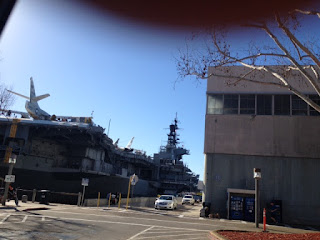 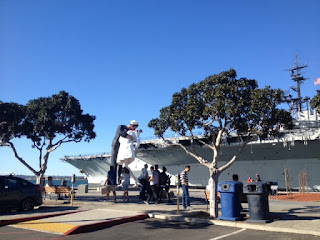 I love the giant kissing sailor statues in this picture.

While the cat was away, Karen and I went for lunch at the resort restaurant 'The 15th Hole' and were surprised to see Bob & Barb arrive shortly after us, they accepted our invitation to join us and we had a nice lunch and a lot of 'getting to know you' chatter. Then Bob paid the Bill, Nice one. Thanks Bob! Back to our respective 'homes' and did a bit of housework before relaxing in the living room. 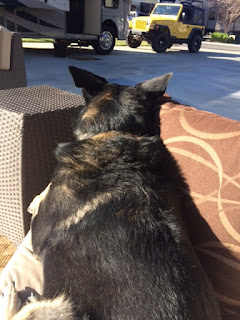 Robbie relaxing on the couch with his Mummy 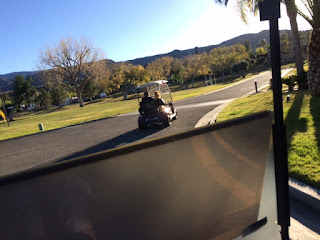 Karen and I took the dogs out in the Golf Carts and drag raced around the park. If Cooper was in front Robbie barked at him, If Robbie was in front, Cooper was whining. 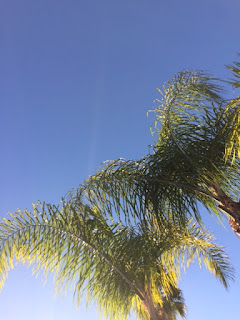 My afternoon view laying on the couch.... love it. 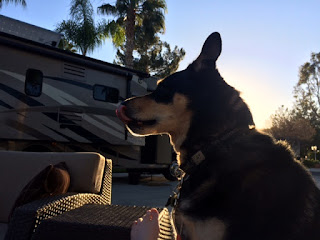 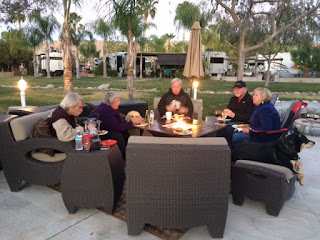 Before the boys left we had decided since we were just doing burgers for supper we'd invite everyone to join us. Another throw together dinner success. Barb made some delicious crusty bread appetizers which in the rush of it all became a side dish and the boys picked up some salads as well.

The previous owner left us with the truck portion of a 5th wheel towing thingy, since we have no use for it I posted it on the resort FaceBook page hoping to get rid of it. Having no idea what it was worth, I googled it to find out its $1100-$1500 new. I posted it for $700 but honestly just want to get it gone... I'll lower the price if no one comes at $700.

Yesterday was a quiet day, we just relaxed. Brad did a bit more gardening and I watched, then went to Karen & Dave's and played Dave a couple of hands of Crib - he won both... he must be cheating, right?! LOL

I've been looking at our route home - straight up the I-15 and wonder if there is anything along the way that we shouldn't miss. I had a few comments while driving south about you missed this and that so thought I'd ask ahead of time, then we can plan stops in to our route....

Is there anything we should/could see/do along the I-15 between roughly Ontario, California and Lethbridge, Alberta???

Something came up and our return home timing has had to be altered.  This will require us to just go straight up instead of the winding tourist route we had hoped to take. We'll have to save that for next season.
Posted by Gone Rogue at 9:36 am