We had a party and I need your input

What a fantastic day yesterday. To celebrate our new site purchase we had a gathering of our new found friends and what a blast we had. We had invited people over for 2pm and we were prepped and ready by 1pm so... 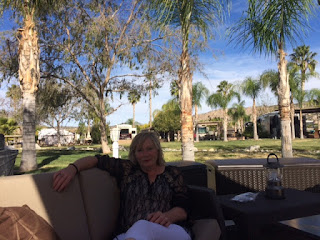 Chillin' out in the shade of our umbrella 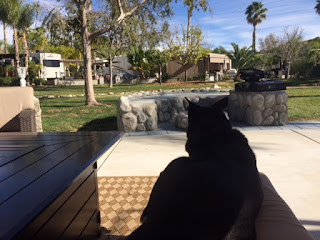 Robbie even got in on the shade. We have designated the footstool as his 'chair'. 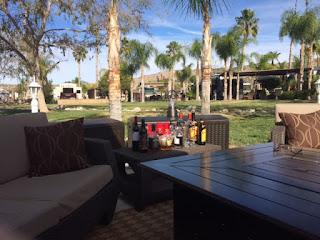 Honestly, we don't drink much I swear. 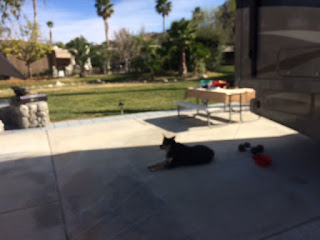 Picnic table set up with snacks and 60's on 6 playing on the stereo. 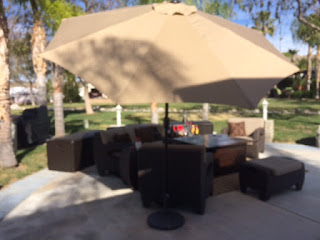 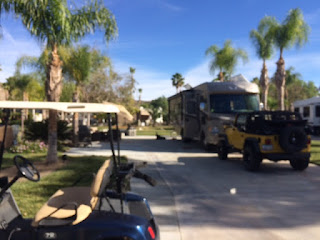 Gives a good idea of the size of our site, if you can see the seating area in the back there... 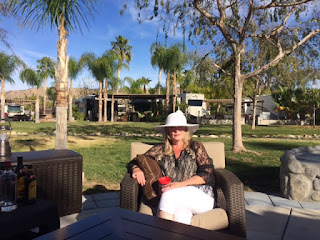 Karen let me borrow her hat since I was the only one in the sun. 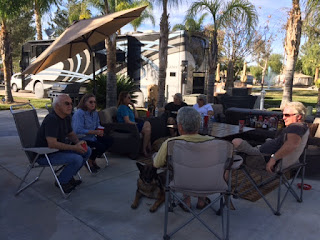 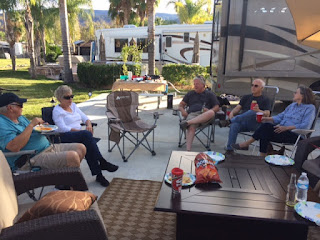 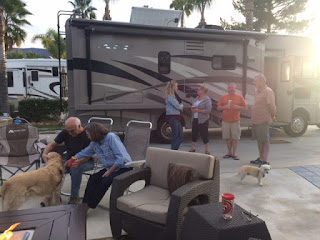 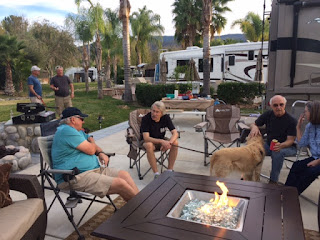 At some point we noticed an RV trying to back in to our old site across the creek with a 5er. Once they were reasonably settled, I went over and introduced myself. Bob and Barb seemed nice and were certainly exhausted so I invited them to come over once they were sufficiently settled in.

Bob & Barb joined us about 30 min later and once everyone was introduced Brad got the BBQ going. I ran inside and prepped some lettuce and tomatoes for burgers while Brad cooked them up. With a couple of left over salads from the other night and all the chips and snacks from the party, it was an easy do to feed so many people. There was so much going on that I didn't get a picture of Bob & Barb but I suspect we will have plenty of time for that since they'll be here for a month (at least).

I know we had a fantastic time and all our guests seemed to as well so I think it's safe to say our first party here at the resort was a resounding success. Big thanks to everyone for attending! 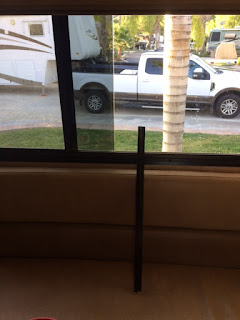