A Movie and Dinner with Friends

Southern California is experiencing rain for a few days. Well so far it's really just been spitting - at least during the day anyway. So yesterday we decided to go see a movie - but first, my new phone arrived. 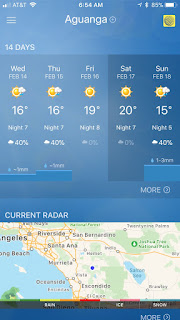 At 9am I went to the post office because my free phone from Bell had arrived. Their 'Loyalty' team had called us a couple of weeks ago to see if everything was okay and I restarted Brad's iphone line since it had come back to life after having coffee poured on it. We thought it was toast so I had it cancelled. I was sitting on my laptop doing something or other and a little box popped up that Brad's iphone was online... whaaaa?

Sure enough when I checked it there it was - barely holding on but I plugged it in and it started charging. So when Bell called (we've been with them for 12 years now), I had his phone restarted.

They could give me a free iPhone 6. Great! I don't need a fancy schmancy iPhone X or anything, just an upgrade from the 5... unfortunately, their system did not allow her to mail it directly to me in the States. So I had her send it to Brad's Mum who then forwarded it to me... Now I have it! Awesome.
Don't ask, don't get.

So after setting up my new iPhone 6 and transferring Brad's phone from the iPhone 4 onto my old iPhone 5 we decided to go see a movie. The Darkest Hour, What an AMAZING movie! Fantastic acting. It is about the early days of WWII from the perspective of Winston Churchill and the political chess match that was going on at the time. 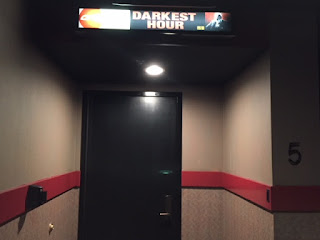 I won't give away the details but I was watching this film thinking about my Grandparents living their lives while all of this was going on. My parents just babies at the time...

When you consider that if things hadn't gone the way they did, I wouldn't be here to write this Blog. How awful that would be?! LOL

Also at some point during the day, Karen stopped by while she was out walking Cooper. 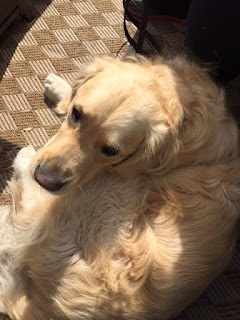 After the movie we met up with Karen, David, Bob & Barb for supper at Chili's. We had decided to have one last rah-rah before Bob & Barb abandon us Wednesday to head back home. I am so distraught about their departure that I completely forgot to take any pictures! We are definitely looking forward to seeing them next season, sure hope they can make it back into this resort.

Bob & Barb are such a fun couple. They have been married for something like 40 years!! Barb has clearly done a good job training him... I mean .... uh.... nevermind. LOL

Please come back next year you guys!