So our neighbour Roh was in a play here at the resort called The Golden Girls of Aguanga. Karen, Dave and I went to check it out. The show was a sell out - completely, and there were 2 shows... 2 weeks apart.

We had managed to get tickets to the last show which was on St. Patrick's Day, this past Saturday. We knew it was sold out but were still surprised by the size of the crowd. $5 per ticket and that included 2 beers.

The cast did a fantastic job and Roh certainly did justice to Blanche's role.

Sophia's mic wasn't working so she was given a microphone and the cast managed to improv that whole kerfuffle into the plot on the fly which was incredibly well done. 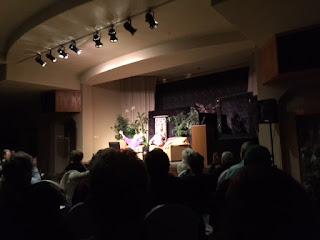 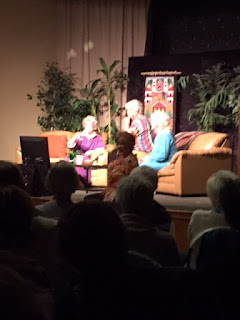 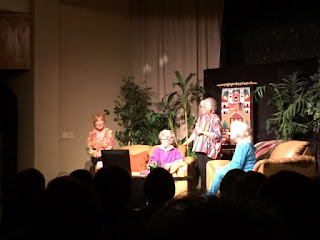 Roh (Blanche) on the left 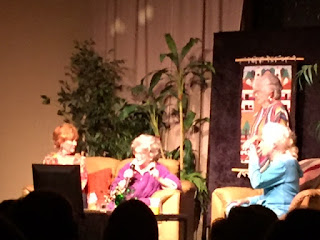 It was a great night out with friends and I will definitely go to next years show.
Posted by Gone Rogue at 4:43 pm