If you read my last post you know that I take exception to businesses using Remembrance Day as an advertising opportunity. Well, here on Salt Spring there was none (or very little) of that. I was expecting to hear the Pharmacy, the Grocers, the Building Supply....... didn't hear a one. I only heard the usual political addresses and the Legion and Women's Auxilliary and the like.

It was a very nice ceremony, probably the best one I've attended. When they shot the cannons that scared the hell out of a few people but fortunately we had seen the cannons when we first arrived, so when the shot went off, while still startling it wasn't as bad as it could have been. Towards the end of the ceremony there were 5 planes in formation that flew overhead, they sang songs like The White Cliffs of Dover, Its a Long Way to Tipperary and another I cannot recall. 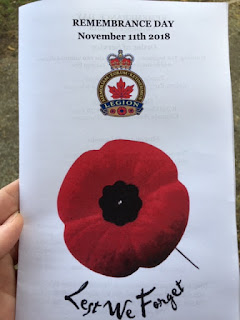 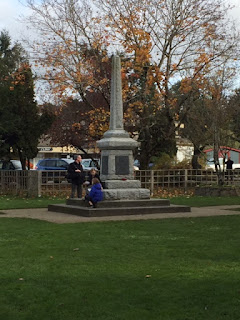 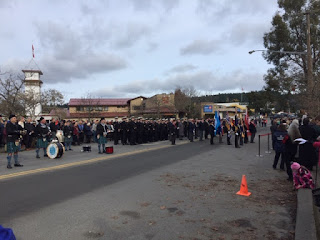 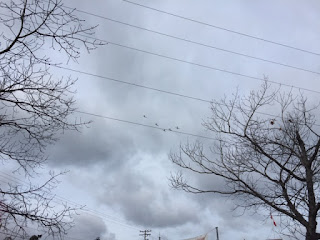 After the ceremony we went for breakfast at The Salt Spring Inn to allow traffic to thin out before venturing to get clear of downtown ourselves. We then decided to stop at home and get Robbie to go for a hike along Duck Creek Trail. 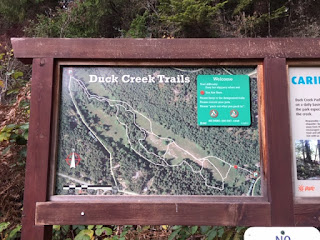 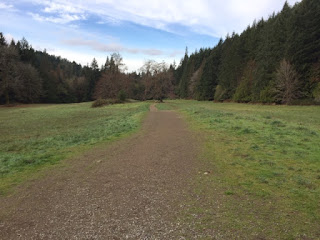 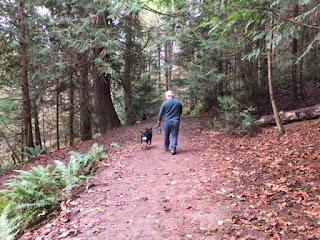 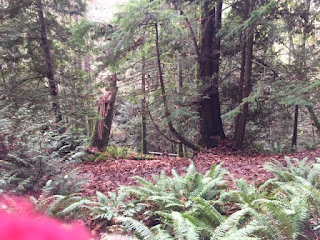 Amazing Beauty (and the tip of my gloved thumb) 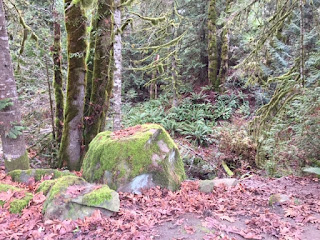 The moss covered everything adds a certain something something. 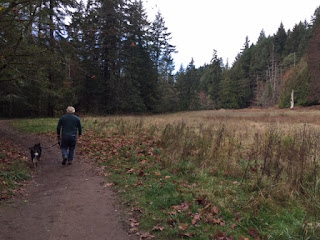 Back to Open Fields 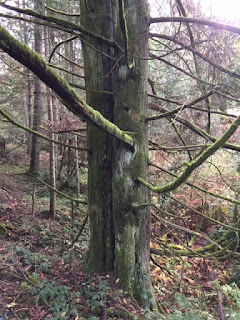 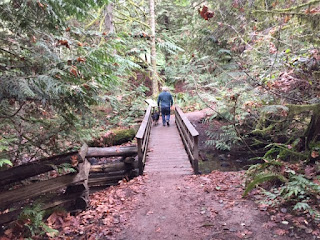 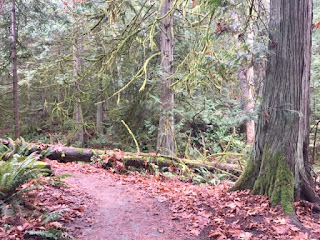 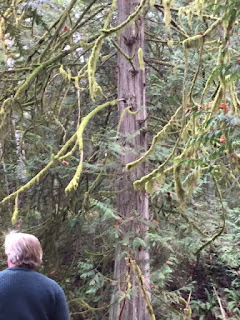 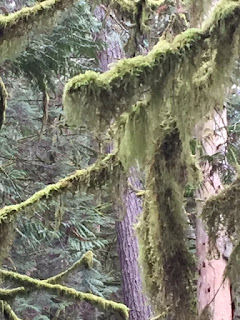 and closer still to those branches, my pictures just don't do the place justice. 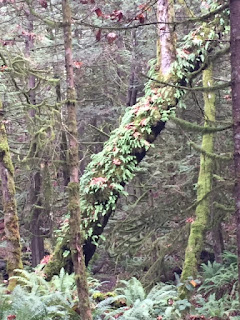 Ivy growing up a tree 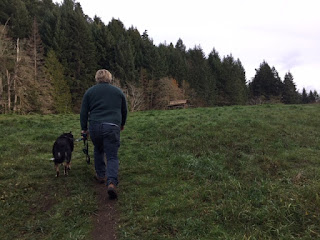 and back to open field yet again

Maybe its the prairie girl in me that finds this moss covered forest island so mystical, maybe its the English in me that connects to the similarities of this island to my original home, or maybe its just that this island is so breathtakingly beautiful. Whatever it is, I wish I could open a window so that you could peek through and see the magic for yourselves.