After emptying the new Conservatory space it was time to start on the ceiling. The Conservatory end of this shed has a floor, but the potting end does not. We will be putting a floor on the potting end and re-caulking the roof because we are not completely sure which side this mould is coming from. There is a good possibility that it is coming from the open floor area, but we want to be sure. 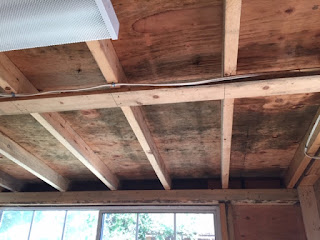 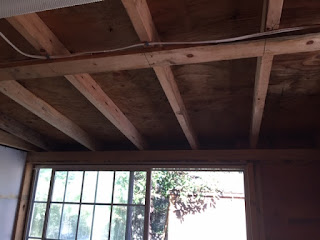 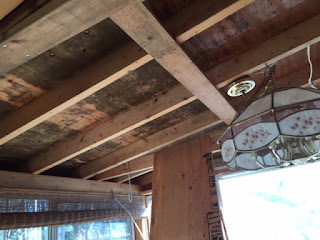 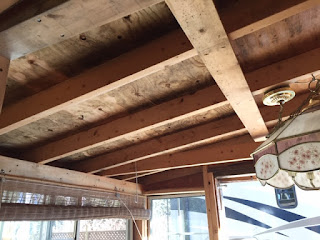 We are planning to use a white stain as opposed to paint -for a rustic look, so it would be great to be able to do the same on the ceiling.

I have also found a couch/guest bed solution on Pinterest for which I can use the heavy cedar planks that we removed from the conservatory the other day.

Still keeping an eye out for some better lighting options.

I believe we will do a Solar Heating option, though I am still researching the details of this - specifically for best options towards southern exposure for a north side building without losing all the heat before it enters the space. More on this later.
Posted by Gone Rogue at 9:01 am