Suck it up Princess

Its been a little busy around here but other than yardwork around the campground and doing our usual eating out at our usual haunts which I've talked about several times already, I just didn't know what to say. Writer's block I guess you'd call it. 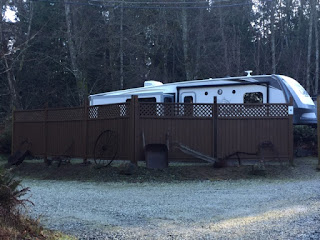 We realized that the storm had damaged a fence, so we had to take out a few posts and replace them. 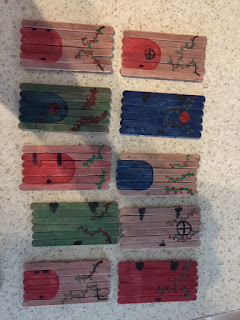 I made some fairy doors which I plan to put around the grounds (in common areas) for kids to hunt for in lieu of a treat of some kind. The doors are nothing fancy but the kids won't care and the weather will destroy most anything anyway. 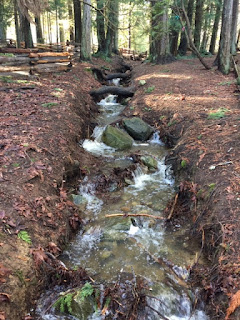 Susan and I went for a walk around Mouat's park, which is very close to here but I didn't realize. I had taken a different park to be Mouat's park so it was great to find another trail in another park we hadn't experienced yet. Thank you Susan. 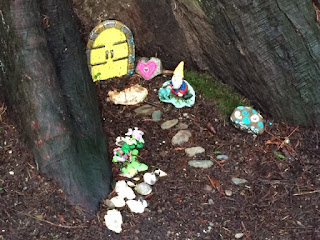 Someone created this and set it in Mouat's park 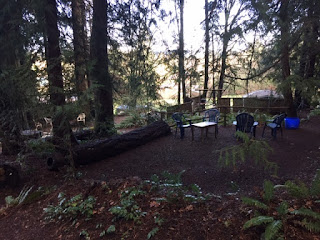 A handful of no service campsites in this park also but apparently it is abused quite a bit. 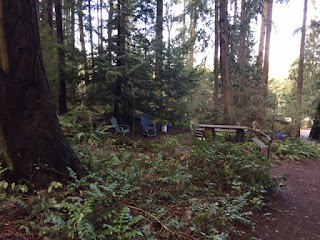 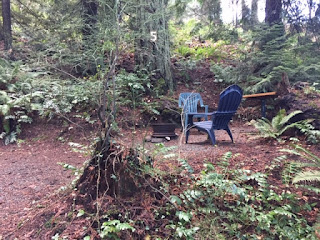 Not sure who runs these, but I hear Banana Joe maintains them. Banana Joe is a guy I see often on FB and sometimes share his pictures. 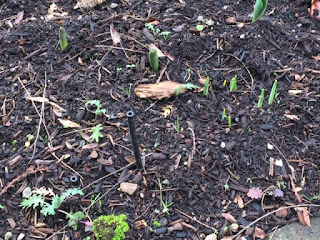 This was taken several days ago downtown, the tulips are rising 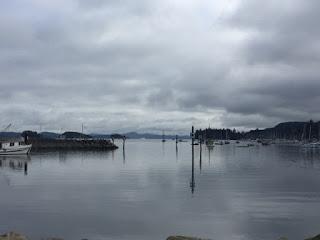 Ganges harbour, Brad and I took a stroll along the waterfront and sat on a bench and just enjoyed the moment - for about half an hour, it was great. Look closely and you can see the ferry heading in to Long Harbour in the center 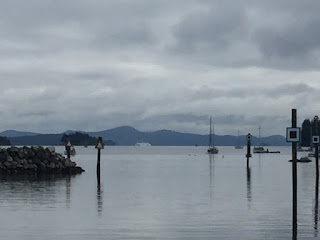 A closer pic of the ferry 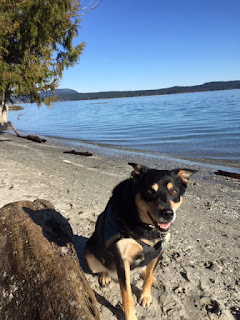 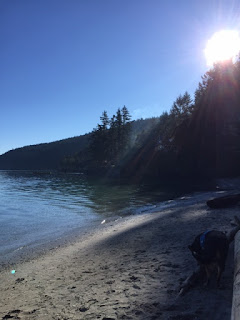 Brad and Robbie enjoying the sunshine 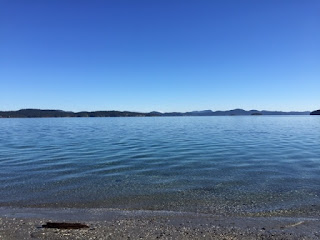 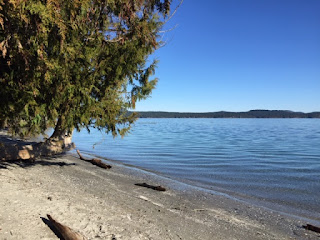 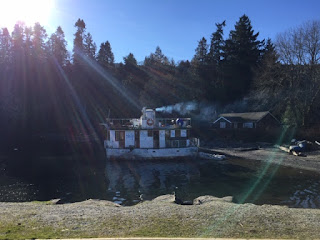 This boat is a hot topic on the island at the moment.....long story.

Essentially, this boat is on pontoons, during the storm a pontoon was damaged and the boat started sinking, it was towed ashore as seen here, but some islanders don't want it on the foreshore and many people have been trying to tow it out but apparently it was brought in on a super high tide which won't be seen again until Nov we're told... after a couple of weeks of much kerfuffle, a couple of nights ago it caught fire. I don't have a pic of the burned up shell yet but suffice it to say the boat is a goner.

On my way to Pickleball the other night I had a blonde moment. Whilst plugging in my seatbelt my thumb caught on my pocket as I was bringing my hand back up to the steering wheel, hurt like hell but off I went to Pickleball anyway, not thinking much of it... yes, I played a few games through the pain - frankly, that's just the sort of crazy person I am...

Several days later after trying to stabilize my thumb with tensor bandages, I finally gave in and went to the Dr. Yes, me, at the Dr.... he said basically the same thing I had been saying, 'suck it up Princess' (he doesn't know I'm a Queen - we just met LOL) so I went back to Pharmasave and bought a proper thumb stabilizer thingy for my hand, Dr says at least a week - maybe two. I'm having a great deal of trouble typing with it on so if this post isn't perfect - suck it up Princess!

We've been working - when it isn't raining (this is the rainy season) on cleaning up the campground, raking the bazillion leaves, cutting back the blackberry bushes that are rampant here and pruning the trees before they wake up. Generally getting the grounds ready for the season, yes we have plenty of time yet, but there is a lot to do to get it the way we want it and if we do a little bit every possible day it won't be a mad rush at the season opening.

I have been studying up on Keyhole Gardens, as I have noticed that campgrounds (KOA is a prime example) are taking on a farm to table thing of late and I thought we could do a garden of camping vegetables like lettuce, tomatoe, potatoe, onion, etc. Salt Spring Island has been having a drought in summers apparently, so I've been trying to formulate if and how this idea could work within our little campground here. Keyholes, done correctly, do not attract vermin and do not require weeding (something to do with the height that I don't understand). Problem here -Deer, so it will need to be enclosed somehow. Anyway, all of this is still in the possibility/planning/conception stage.

Our laundry system is still working out well and I'm very pleased with it so far. It will be better when I can hang things outside of course, but the dryer gizmo does work very well, just requires smaller loads which it turns out works better for me anyway.... I've always done laundry as a once a week kind of thing but this twice a week is so much easier. Not having to go to Duncan once a week means a tank of gas last us about 3 weeks. Bonus.

I've been taking a lot of bookings for the summer months already, I mean who thinks about June/July/Aug in January - RVers, that's who! I wasn't expecting this many calls so far ahead of time but it's sure great to be busy. Salt Spring Island is so incredible in winter I guess it isn't surprising that so many people want to ensure their spot for summer. Can't wait to see how Mother Nature will improve on what we've been experiencing here so far... I do want to increase tent bookings and we plan to offer more sites next winter for snowbirds and full-timers.