Not a lot happening around here this week but what did happen - I took pictures of!! Its a new trick that this old dog has had a lot of trouble learning. 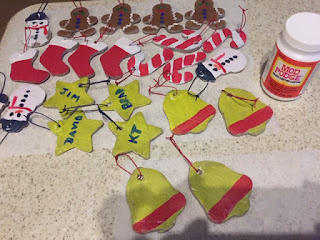 Because these outdoor tree decorations I made were painted with washable kids paint from the $1 store, I gave them a coating of Mod Podge hoping to help them last a little longer in the elements. My Dad (Jim) is coming for Xmas and there had been talk of my brother coming, but that has since been cancelled, so I'll have an extra star.. 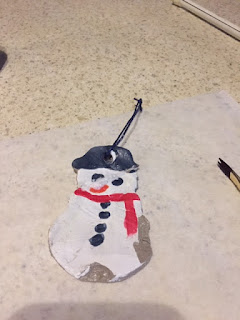 This poor sod was dropped -- twice.
I brought him back to life with a little Nurse Neverwell and gorilla glue. 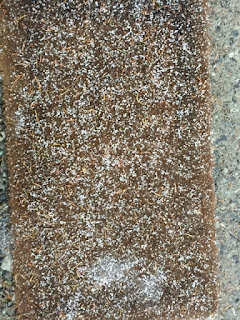 Yup, HAIL. A few days ago now and it only lasted about 5 minutes, but... 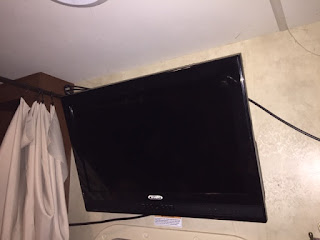 As most are aware, we live in a Motorhome. Motorhomes have large windshields and side windows. Well, the 'desk' is a fold out part of the dash so Brad sat there all last winter (yes, I have the side windows plasticated - but tried the windscreen twice, to no avail)..

It gets cold sitting there in winter, so I suggested we go to Duncan today and get a Smart TV. I've been talking about switching out this old clunker since we bought this rig. Today, we did it.

Off to Duncan we went, I had previously spent a few days researching a suitable TV which would do all the things we require it to do and with Black Friday sales on, now is the time. With all that info in hand we promptly went to Duncan - and bought a different one.

I had found a Roku TV (gibberish to me, too) which according to all things internet would allow us to do the things we needed it to do. However, when we were there we were both mesmerized by the picture on another massive TV, Brad asked if there was a smaller version -- there is. Does it match the bolt pattern of our wall hanger? It does. Does it allow us to do what we need? Apparently so. Does it fit in the space allotted? Yes, just....

Sold. They are mailing our new 43" Quantum TV to us Dec 6. They didn't have any in stock in Duncan, nor did Victoria or Langley.

We noticed a new Vietnamese restaurant in Duncan as we drove by, being rather addicted and with no other form of asian anything on this island (worth eating) there was no passing that up, so stop for lunch we did. 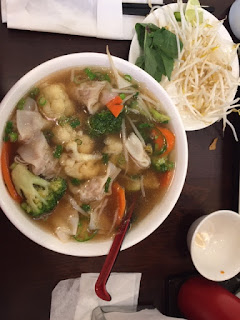 I had wonton soup 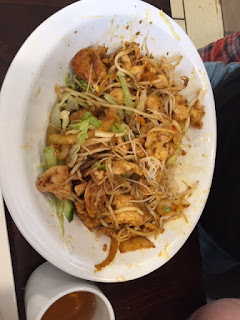 Brad had some kind of chicken something something bowl.
Unfortunately, that's all I have to say about that. 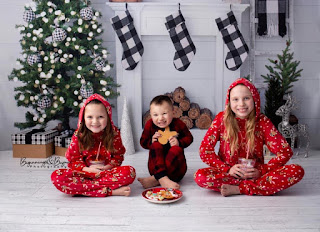 I have been making plans to have something to do, more on that at a later date, likely in the New Year.

Meanwhile, Xmas is afoot and with Daddy coming, there is some baking to be done. I only have a tiny convection and my gas oven which I've only used once, so this could be interesting.

I need my favourite bestie Deb to save me but she's off gallivanting in AZ, right when I need her the most. Typical. LOL

I'm not going to go in to detail, but Brad and I are both having some much needed dental work done. Consequence of living in 'hell' for 8 years.
Posted by Gone Rogue at 6:00 am