My Dad (and childhood santa) flew in yesterday. His seaplane was due to arrive at 4pm so imagine my surprise when he called at 330 to say 'I'm here'... and even more amazing, just 20 min after waking up at 330am to catch his flight at 6 the airline called because his flight was delayed 2 hours... yet he still managed to get across the country and arrive half hour early.... during Xmas. I forgot to ask what airline did this amazing feat but will inquire today.

We got him all set up in his cabin, plenty of Xmas treats, a small tree and prezzies... can't forget the prezzies! 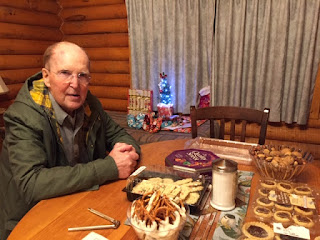 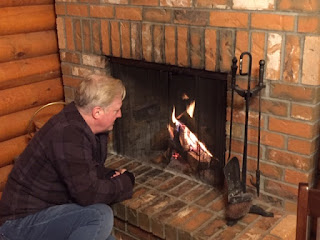 The cabin was cool when we first arrived so Brad started a fire. 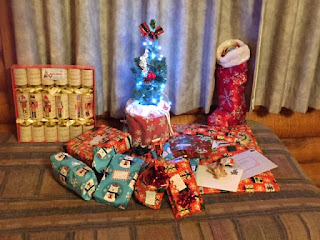 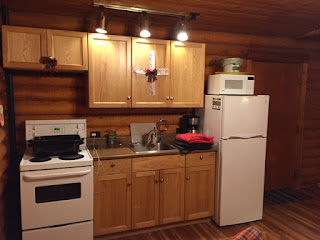 Its a really cute log cabin, roughly 20' x 25' with a deep dish bathtub (you all know what that means :D) and a king size bed.

Last Tuesday I gave up the vape... I had reduced to 0 nicotine and kept puffing that for a month or so - some of you may remember that my plan was to vape the Black Licorice flavour (good taste) while reducing the nicotine levels from 18mg/L to 0mg/L and then switch to the flavour Brad has been using which is a cigarette flavour (nasty taste) and then stop vaping all together.... this I have now done. Finally.

Brad is at 0.75mg/L and only a couple of weeks behind me, he started vaping slightly after me also.

Now that the nicotine has been eliminated my only issue to deal with is the habit... so I bought a lot of gum, Spitz sunflower seeds and an adult colouring book to keep my hands busy while trying desperately not to eat all the Xmas snacks we've had lying around.... Massive diet and exercise regime in my immediate (well, after New Years) future. 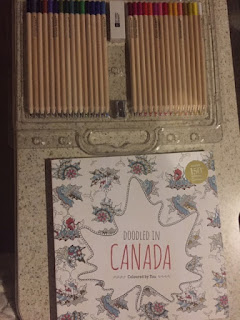 Adult colouring book about the different provinces in Canada 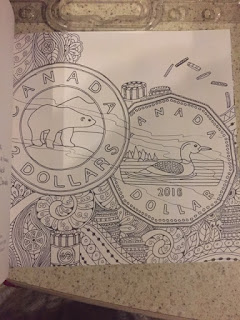 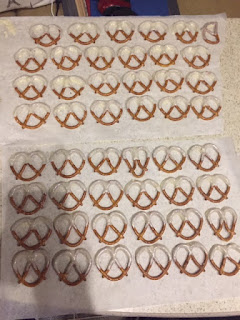 If you follow along you know that my microwave/convection heater died a couple of weeks ago, so my Xmas baking was limited to the stove top, so I made chocolate covered pretzels and bought everything else because the new oven wasn't due to be delivered until Dec 27.... 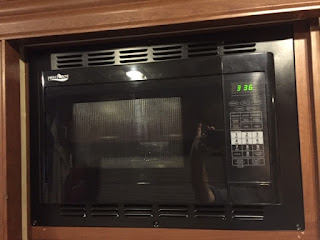 The new Microwave/Convection oven arrived late Saturday and we managed to get it installed before Dad arrived on Sunday.