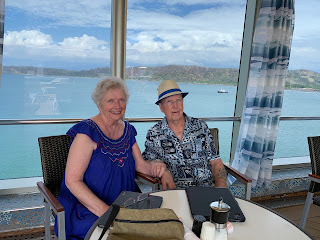 Ann & Dad sent another pic. Looks like a communal area of the ship? Again, never having been invited I wouldn't know, but it looks like that. :D 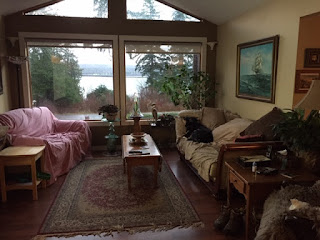 I promised house pics so this is the livingroom. To be clear, they keep blankets on the furniture for Teddy & other family dogs - I didn't do this to someone else's furniture for Robbie. 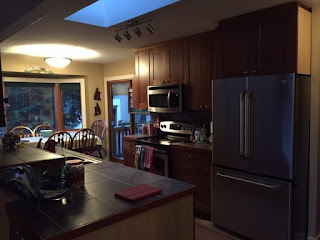 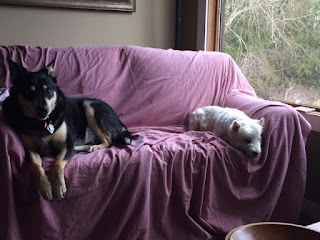 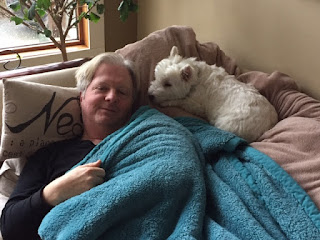 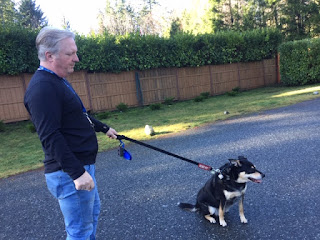 Out for a stroll with his Daddy 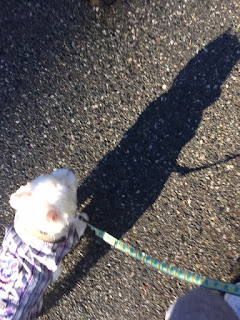 Teddy is with me

I haven't slept well since we arrived here. The first morning the owners were leaving so while I slept well that night I was up early to see them off. Sun/Mon am Teddy woke me up at 5am eating Robbie's food and generally making whining noises. On Monday I read on the local community FB page that two strange men were on someone's property and our dogs were set off at 6am that morning also so Monday night - no sleep for me with a fair sized doggie door on the house. Tuesday Brad secured the doggie door but then he had a rough night which kept me awake. Wed (last night) the power went off at 1am and as most of you know, Brad uses a CPAP... off to the couch with him once we found the flashlight and ensured the problem wasn't localized to our breaker box. Power returned at 245am with brightness and beeps. However, I feel like I slept even given last nights events so probably won't be near so miserable today. So take that Steve!!! (private joke)

We went to Comox yesterday as we needed a couple odds & ends so I got my outfit on, grabbed my paddle and away we went for a game of pickleball. Except the info I had found was for an outdoor court and of course no one was there. I will perhaps try again today, the sleep I had should help.

We will be going to Denman and Quadra Islands at some point soon, dependent upon weather.
Posted by Gone Rogue at 8:38 am