Walkies and Garden start and Covid 19

I've been sleeping in lately -- like until almost 9 some days... I hate that,  it makes me lazy so I decided to change it. Time to walk to town. As most know, Brad has his morning coffee at home and then later in the morning goes to town for his 2nd cup. This gave me a great opportunity to walk to town and get a ride back up... turns out its 3 miles - one way. I called Brad just as I was about to enter the downtown area to make his way in and then my phone died. So my AllTrails track of my walk stopped at the spot just shy of downtown - where I called him from. I still logged 3 miles in 58 min though, with stops totaling 3 min. So its an hours brisk walk to town. I fully anticipate having to pay for that Wednesday walk on Friday... 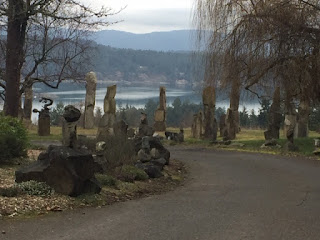 A house along the main road on Salt Spring has a wooden Stonehenge so I stopped to get a decent photo of it. 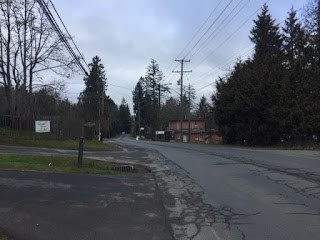 Decending the hill to downtown about 5 min before my phone died.

I began my planting preparations, according to a whatsit I saw on Pinterest, this is the best way to grow without seeds so I thought I'd give it a try. All of these are organic (which is our preference) and so will regrow as opposed to the cheap stuff which cannot be grown from the seeds in them -- if they even have seeds in them. On that note, I purchased a bag of organic lemons and a bag of limes - the lemons have seeds in them but the limes do not leading me to believe they are in fact, not organic. 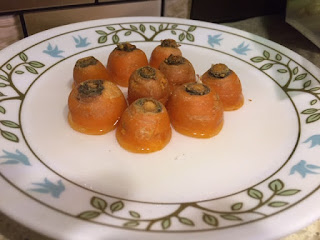 Soak carrots in 1/4" water to sprout then plant 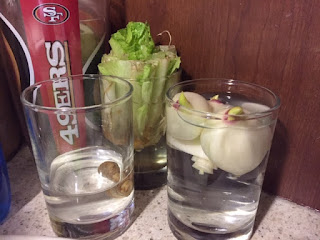 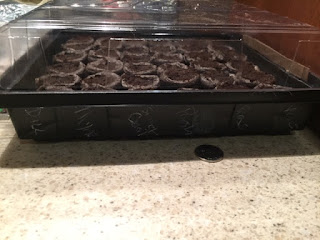 Here I have Dill, Thyme, Basil, Parsley and 2 rows of Sweet Peas 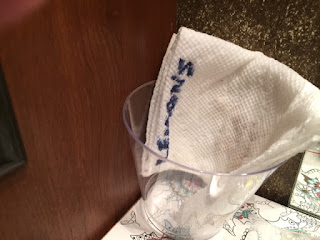 Lemons, soak in wet paper towel until sprout, then plant

I'll keep you posted on how they progress.

Apparently, 'they' are now saying that Coronavirus (Co-vid 19) is uncontainable now and will have to run its course through the population... so today I think we'll be making a plan for this eventuality. Sure hope it doesn't mess up our travel plans but time will tell.

I can't help but note that for several months -mostly in the US, the kids (grown kids and the most likely to survive an issue) were dying from a breathing related illness caused (apparently) by vaping. We had no such troubles -- I stopped vaping mid December and remain free of smoking and vaping but Brad struggled with the no vaping and has returned to it at 2mg/L -- extremely low dose.

Anyway, a few months ago the vaping problem faded out and now this Coronavirus breathing related illness thing has developed in China where they are -coincidentally I'm sure- slowly taking over from the US economically.  It just makes me wonder.... is all. Surely I'm not the only one to make that connection.
Posted by Gone Rogue at 10:14 am