Broom and a new Chair

Not long after we arrived Brad volunteered to help with Broom removal on the island and also to help a lady with recycling (cans) delivery to Nanaimo.

On Friday, as we were going to Salt Spring for Brad's first massage since the new normal and also my first haircut, we took the load of cans to Nanaimo for her. The funds from the can recycling (lots of people on the island donate the cans to her and her yard was filling up) are used to help with animal care on the island. Food and medication for people who otherwise could not afford to properly maintain their pet's health.

Broom is an invasive plant we first heard about on Salt Spring Island (at least I heard heard about it there). It has been cut down all around the island and on Saturday morning we, along with many others, went to help load it up and take it to the burning grounds in our big truck. This has allowed us to meet several people on the island also. 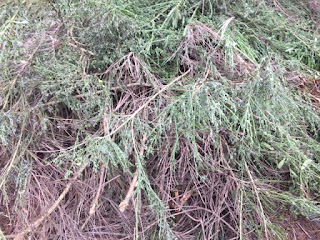 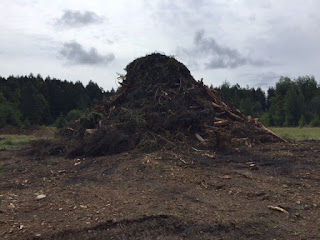 Yesterday, I just happened to be on FB and as I've joined all the local FB pages for this island, I saw that someone was giving away a recliner. She had loaded it in her truck to take to the local goodwill shop only to find that the goodwill is not accepting such items yet, they are only taking recycling (cans and bottles - yes, another totally different place taking them). So as it was already loaded in her truck, she was asking if anyone wanted it. So I tagged it and she even delivered as it was already loaded. 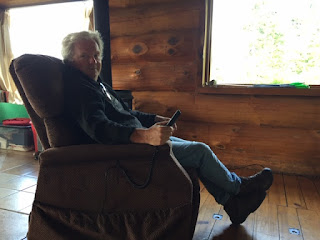 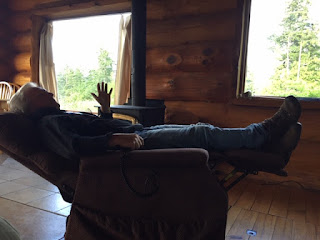 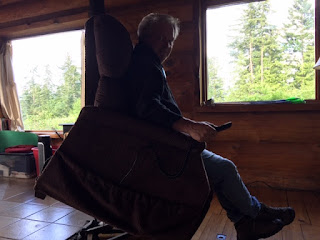 Oh look, it's a standy upper one!

I had also seen a dress shirt which was brand new with the price tag still on it of $60, the woman got it on sale for $40 and I paid her $10. Not bad at all. I have noticed a definite difference between the for sale pages on this island compared to Salt Spring though.

SaltSpring has much better stuff on the used FB pages, by far. I still monitor the SaltSpring pages because we are there once a week for massages anyway so if I can find a good deal there, I can usually email the funds and they will hold the item until I can pick it up which is very handy. Same with Nanaimo, I watch that area also on Kijiji and Craigslist.

The trouble I find is that unless you watch them all day long you often miss good deals and frankly I just have no interest in sitting online all day. So I check them each morning shortly after 7:30 when the first days listings are posted and sometimes I can get a deal before anyone else scoops it up. This is how I furnished this house.

Now that we have the basic items we need to live in an house, I am watching for deals to replace what we have with better stuff, and we can then give away or sell what we currently have.
Posted by Gone Rogue at 7:57 am