Wednesday was massage day this week so off to Salty we went. My shoe inserts were also ready so that was great and I now have proper support, although I've had these before so we'll see how long they hold up - pardon the pun - but I must say they do feel stronger.

On Tuesday, while waiting for the RV inspection we went to Home Depot and picked up some 2X2 for the tomatoes - the stakes for which keep getting bigger and bigger. 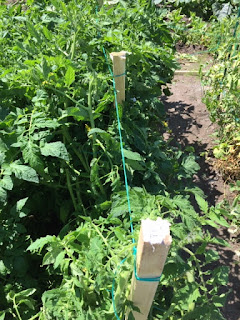 2X2X4 to hold the tomatoes as they were collapsing under the weight of themselves. 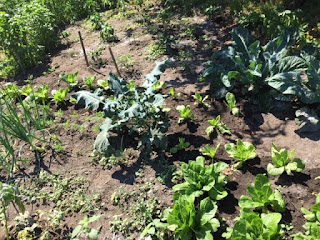 Only 1 broccoli survived. We chose to pull the rest as they just weren't growing properly. 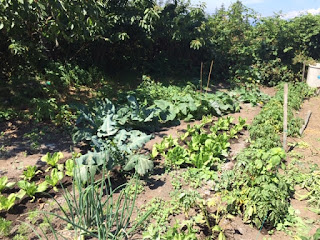 My transplanted Romaine are holding well and the cauliflowers are massive 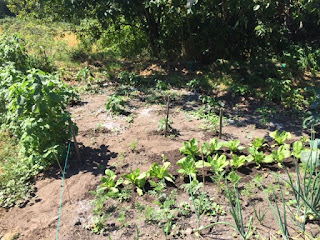 Pepper plants are not growing much, we've tried everything. Any suggestions? 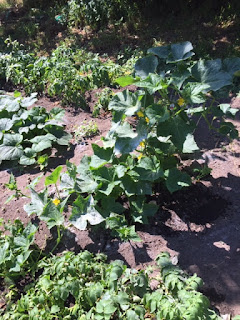 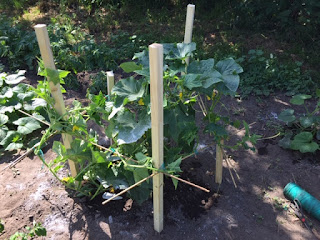 Brad made this Cucumber Condo, there are roughly 12 cucumbers already and plenty more still in flower. 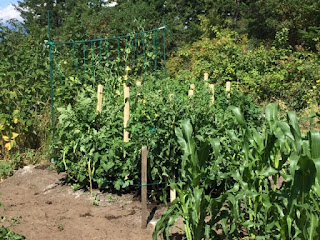 Tomatoes with new stakes in front of the green beans which have been providing nourishment to us for weeks already. The Corn is not ours. 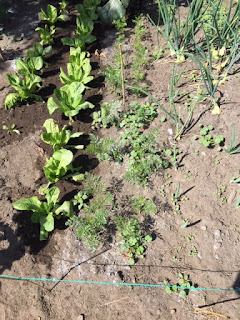 Can't recall if I mentioned it but I had the idea to make shopping bags when we were on Salt, however there were plenty of others selling them in the market. At this market, there aren't any being sold so... I've been buying material from thrift shops on both islands and yesterday I made some more. Hoping to make a stock in time for the Xmas market and go from there. 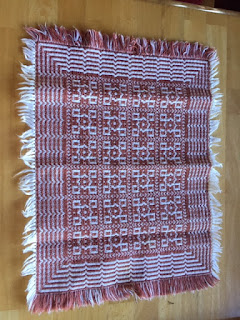 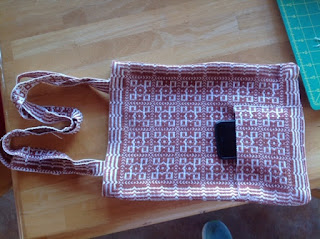 Bag with phone pocket - I made 2 of these yesterday.

These next 3 I had made a week or so ago 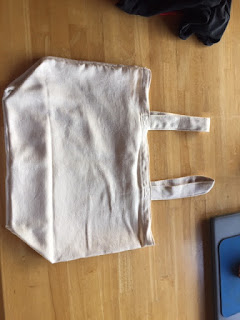 Some christmasy (faint snowflake) curtains made another bag. 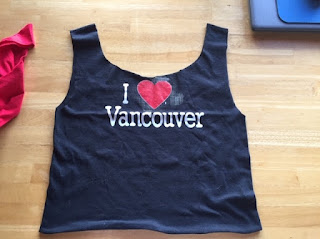 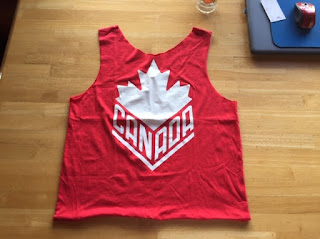 My sewing machine was getting bunged up yesterday, the needle was catching and pulling bobbin thread through creating a mess so I stopped before it frustrated me. Today I shall fix it (I hope) and create some more.

The T-shirt ones are super fun and easy but I've run out of Tshirts to use and the local thrift wants $4 each so I'll keep an eye out maybe in Nanaimo for a better price.

Used to be that you could get brand new at Walmart for $5 - $8. Perhaps not so much anymore but I don't want to pay $4 each, simple as that. I'm hoping to sell them for $5 - $10 and send the proceeds to the local food bank as Brad does with his lasagna.

So we heard back from the next person interested in the RV and we will be speaking again tonight. I sent him the inspection report which was forwarded from the previous deal. His wife has yet to see the RV in person so perhaps we will do that tomorrow. He has a 5th Wheel he needs to sell first and will be dealing with that today. I suggested that with a deposit we would hold it for him until he can sell his (time frame obviously) since we are in no rush. We shall see what transpires as the process moves along.

Can honestly say that this whole process has become such a burden that we almost pulled it off the market all together but I really don't want her to go to waste sitting in storage, so we'll see what comes of this deal and go forward from there.
Posted by Gone Rogue at 8:35 am