We've just been crazy busy around here with winter prep, gardening and canning. 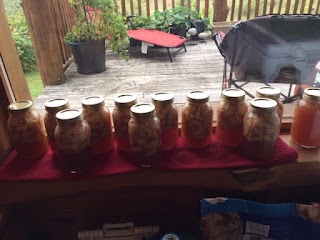 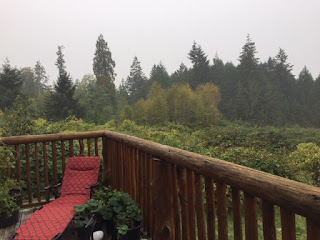 Smoke from the U.S is consistently getting thicker 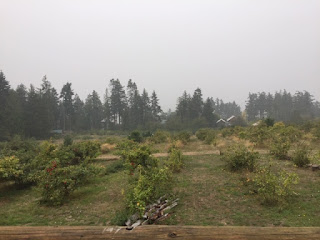 Yesterday it lifted for the afternoon then returned much thicker by evening. 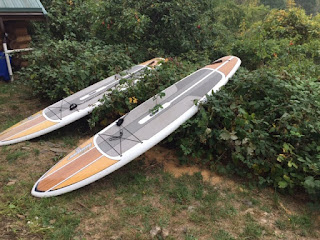 Don't think I mentioned these...
Stacey found a great deal for us on Kijiji... 2 paddleboards for $500! (usually $1500 each) so we jumped on them.
It took awhile but I did manage to get Brad on one for an hour and he did great but his massage woman has since vetoed the stand up idea. However we can get a kayak paddle and he can use the board like a kayak -which I have done before, still a great core workout. 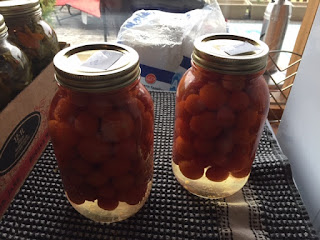 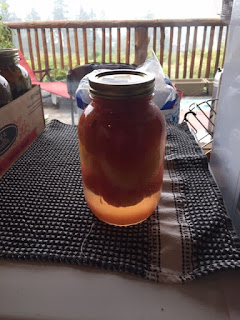 Whole tomatoes, including one yellow. 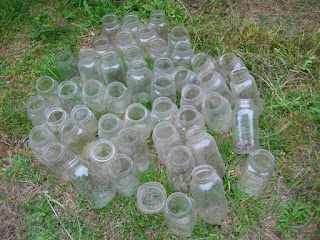 On the local marketplace FB page the other day, someone was giving away 48 canning jars. They were absolutely disgusting having been left outside for a few years apparently. 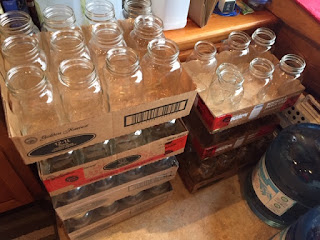 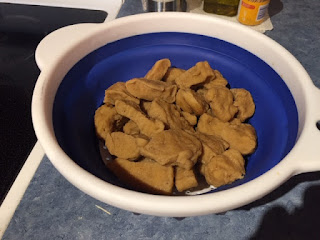 Chicken?
I came across a recipe for, basically - faux meat. Its called Seitan.
Brad did the whole *eyeroll* too but bear with me here, I have an idea.
I have the Beef and Pork version of the recipe too.
My newest incoming gadget will allow me to sell at the market and this island has a lot of vegan/vegetarian types, so I wanted to try this. Mr. Carnivore himself was my taste tester and he actually liked it. Not that he would ever give up meat, but he gave it a definite 2 thumbs up.
Not sure if I will do the market thing, but its an option, and so I am investigating it. This faux meat is quite the coup for someone who has only carnivore recipes though.
Posted by Gone Rogue at 8:01 am