What happened to December?

My Mother-in-law rang yesterday and noted that she keeps checking the blog for an update but I haven't posted anything for a week. Having had my hand slapped - here I am, posting.
In looking back at pics to see where I left off I realized I haven't posted any for all of December! My Dec picture folder is (was) empty... I have taken plenty of pics but haven't uploaded them to the laptop so I have now corrected that and here is December in short form.
I asked my Daughter-in-law what the kids favourite cereals are. I thought they would find it cool to get their morning cereal in FD form.
One Granddaughter likes Fruit Loops, the other Granddaughter and our Grandson both like Krave which I had never heard of before, but its tasty (I tried a few pieces) with chocolate in the center. 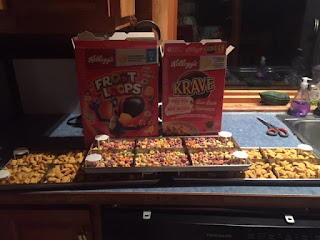 Lined up on the trays and ready to freeze 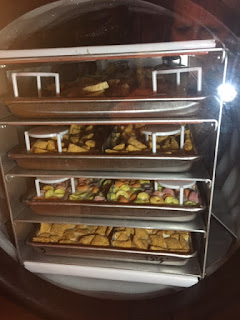 '
Once frozen it was off to Betty's belly 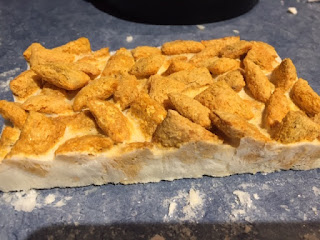 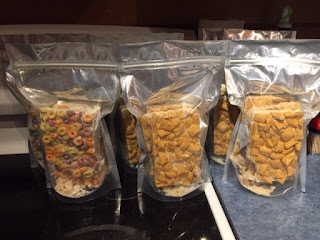 Packaged up and ready for Santa's bag 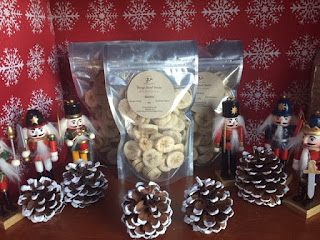 I did up some Xmas advertising photos 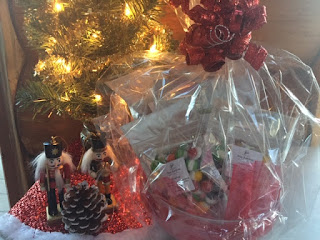 Made a Candy Gift Basket (3 -all sold)
A few times I have seen a few people flogging their wares on the corner by the grocers, so I popped by to say hi and ask if I could join them. I was invited to come that very day, so I did. A very quick grab of whatever I might need and off I went. Today (yes, its every Saturday without rain or other bad weather) I have a banner which will change the look of things quite dramatically I think. I haven't tried it yet but I guess I will have to do that before I go and make a fool of myself on the street corner ;) 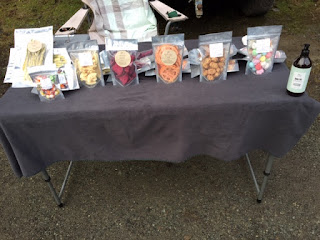 My quickie setup at the pop-up market last week 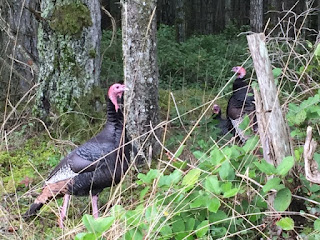 There are about 6 turkeys that live wild around the market, they are treasured island birds. 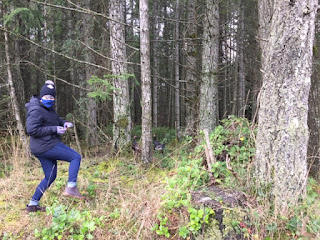 My new pop-up friend Megan trying to sneak up and take a picture of them. 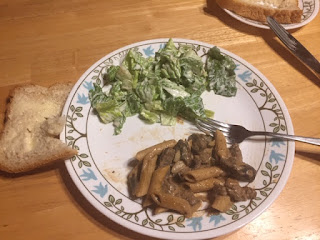 One night we decided to try some of our FD'd Beef Stroganoff, I enjoyed it which is weird because I do not like Beef Stroganoff usually. Brad is a good cook, let me tell ya.
Brad had given some of his Beef Stroganoff to his massage therapist to try as her husband is a hunter and is familiar with FD food (Mountain House and the like). So they made both and compared the two. Apparently, there was no contest. Brad's was far superior to the commercial version, as one might expect. 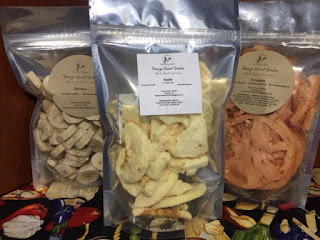 Fruits, yes Tomatoes are a fruit so I put them there with the Banana and Apple since I only have those 2 fruits ready ;) Although Strawberries are in there now. 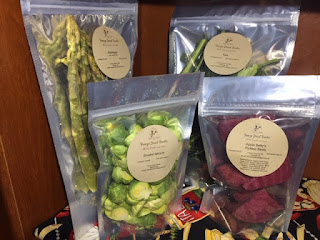 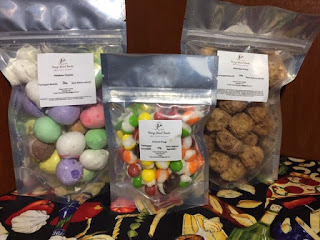 Rainbow Chunks, Unicorn Poop and Reindeer Poop
I've been crazy busy just trying to keep up with orders. I am currently at the point of making mass amounts of 1 thing each time instead of a bit of this and a bit of that so I guess that is progress.
I created a FaceBook ad yesterday on a Salt Spring page - of Candy- and 1 person enquired about Strawberries, I said they were in the machine currently and now have 3 people who are waiting for Strawberries, one also wants a few candies too. So it looks like I'll be on the hunt for some more Strawberries and taking a trip down to Salt Spring again very soon.
Well that is December in pictures. Mostly just making product, selling product, eating product....
I may have to stop advertising as I can see it has potential to soon be too much and I'm not (right now, anyway) interested in it becoming a 'thing'... although Brad did try to order a second machine a couple of weeks ago - I stopped him, at least for now but we shall see. They hold their value anyway, so if we were to get one and not need it later on, we won't lose anything. I just think we need to build it a bit first, its actually only been 2 weeks as a 'live' business..... although it seems like forever.
Here is the banner on the table, a bit wonky but I'll work on it. 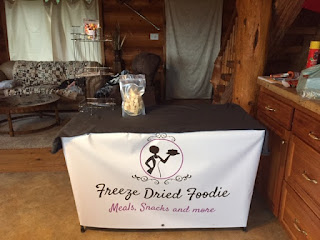 I bought a stand for the shower yesterday but the shower floor has too much slope - so I shall use it on the table so I can add more product as it's a small table and I ran out of room last time.
Most likely will post again Boxing Day, unless something good happens in the meantime.
Posted by Gone Rogue at 9:28 am