GIRO (the local re-store) is open every Wednesday and Saturday here on our little island. Anything that someone no longer needs but is still potentially useful to someone goes to GIRO. They then open this little (not that little, I suppose) store where others can peruse, buy someone else's junk and take home a new treasure.
I like to go to both openings each week. So far Stacey has been joining me but she has a hard time not buying cool stuff she finds so I'm not sure how much longer that will hold but so far, she comes with me. Today is another Giro day.... but in the meantime, I thought I'd catch you up on the last 10 days or so... 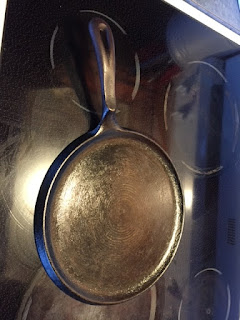 Cast Iron Griddle I found for around $5. I think that's 3 so far.
It was in really bad shape, especially the bottom edge - just coated in rust. So I cleaned it all up and re-seasoned it and voila, another for my collection... I have decided to collect ALL things cast iron. Kitchen stuff, garden stuff, house stuff.... anything cast iron - especially unusual stuff, because I love unique things. 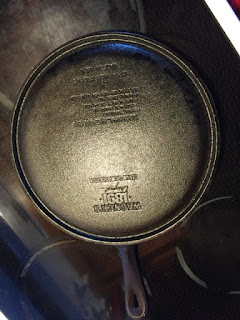 The back side was really bad but cleaned up great. 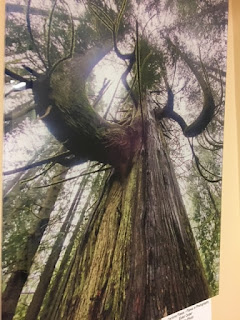 Not my picture but it was hanging at the blood clinic when I went for my last vampire session and I found it captivating. It is a local protected tree, very old. 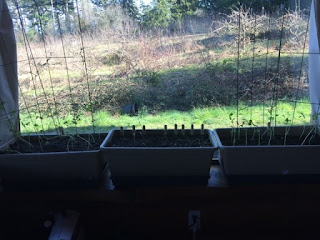 My peas are coming along.... This was about a week ago... 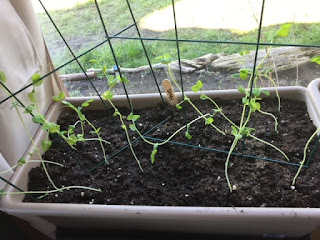 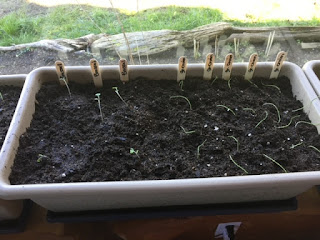 I have since propped these up with cut up TP rolls to help support them off the dirt. Working good. 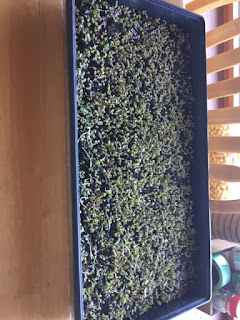 Another round of Broccoli Sprouts started 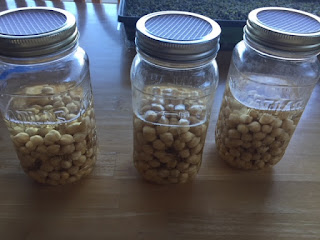 I also sprouted some chickpeas 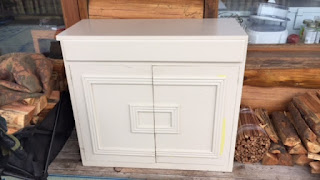 Again, at GIRO Stacey called my attention to this cupboard. 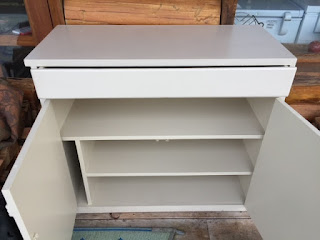 It will work great for storing planting stuff and using as a potting bench. 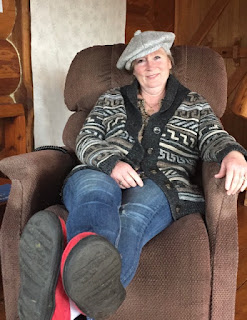 Brad put his hat on my head and snapped this pic... like I don't look bad enough! 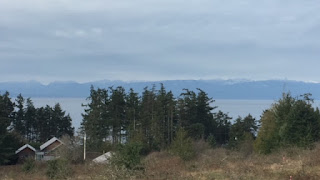 Another pic of our view 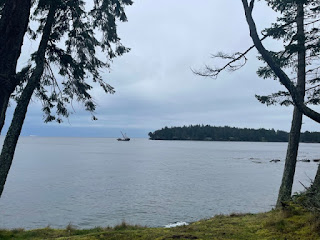 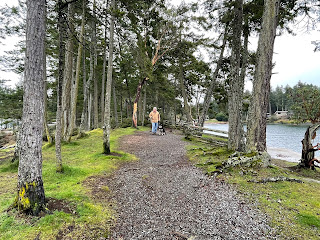 It's a beautiful area 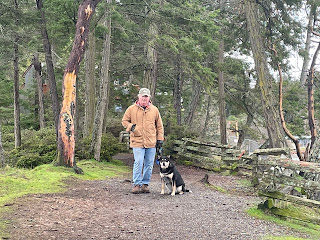 My two best guys
We were having trouble charging the iPhone 6S so I ordered an upgrade from Bell. 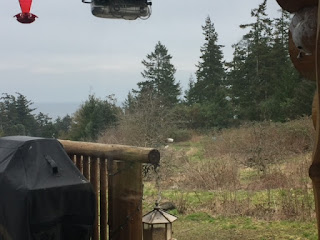 The garden taken with the iPhone 6S 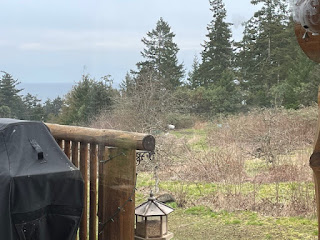 The garden taken with the iPhone 12 Mini
If you remember several months ago we purchased a generator because Stacey said the power goes out a lot on this island.... well, it finally did. Actually, I think its the 2nd time since we moved here (at least for any significant amount of time, usually just off and then on if anything) 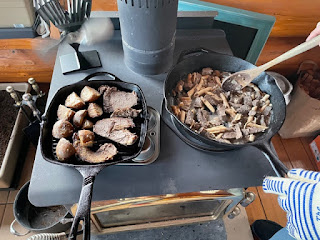 WoodStove Cooking 101
One thing we know how to do is cook on a woodstove. Having lived in Hell for 8 long grueling years.... anyway... I digress.
So yesterday, the power went out at 2pm ish.... and didn't return until 8pm ish... so we occupied ourselves talking and playing a cribbage tournament (I won, of course)... Haha, Brad usually wins but seems he was off his game yesterday. That cast iron came in handy. We only ran the Generator to boil the kettle though. 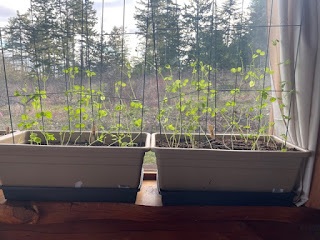 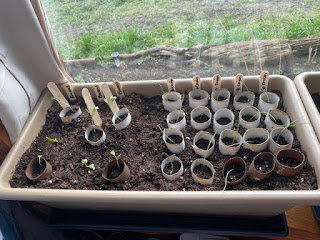 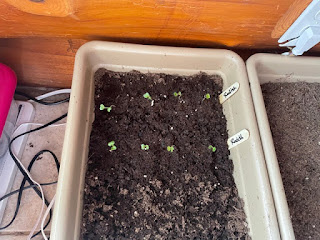 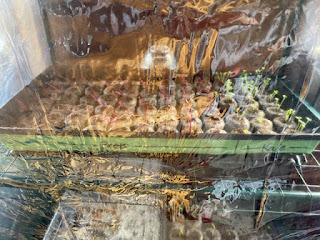 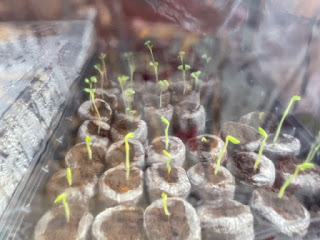 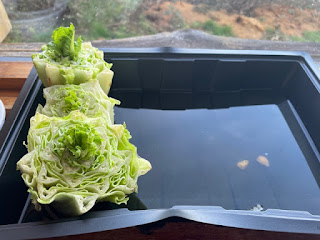 Lettuce and a couple of grapefruit seeds I don't expect anything from but.... 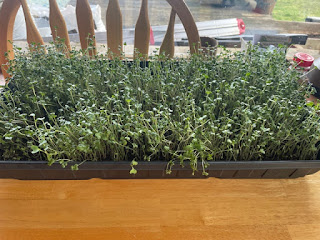 Broccoli Sprouts this am
Posted by Gone Rogue at 9:34 am