If you read yesterdays post you'll know that we added row covers to our garden on Tuesday to keep the birds and slugs from continuing to eat it. Well, we went down to check the garden yesterday morning and low and behold -- it worked! The garden leafy stuff is still intact and I've no doubt will now thrive under these covers until they are large enough that the slugs won't kill them off. 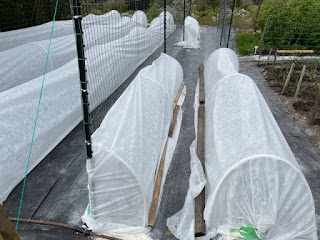 We found something crawling across this left side path though 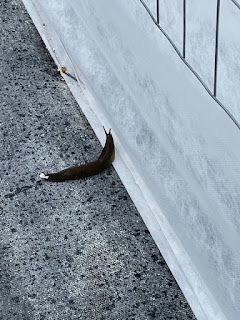 So we watched him until he got to the edge 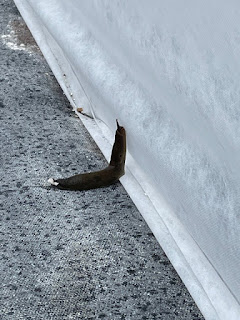 He couldn't get underneath but could clearly smell breakfast, so he began to climb 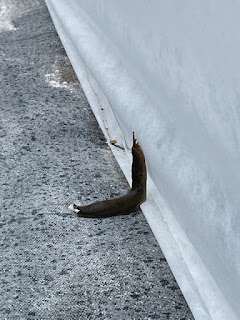 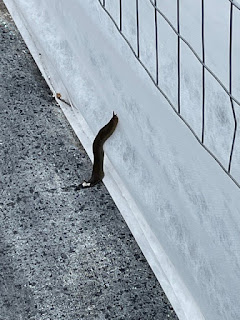 Until he was standing straight up 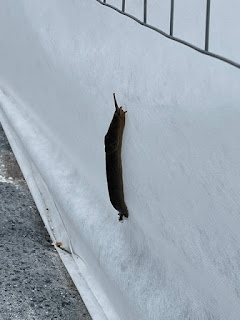 and he was off.... had a bit of trouble under the trellis... 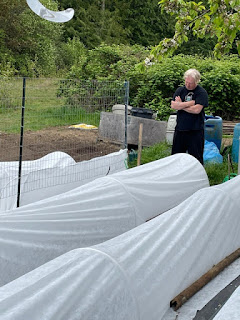 ...but he continued anyway 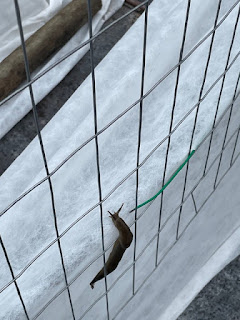 Going over the top of the metal at one point 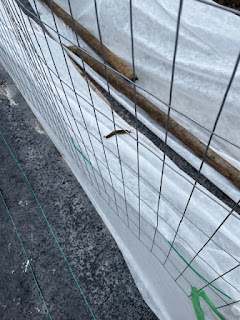 He made it to the top
We were getting bored of watching so he was put in the blackberry bushes where there is plenty for him to eat. We really just wanted to know that it worked, that he couldn't find a way in.
Posted by Gone Rogue at 7:28 am