The 2 large Tomatoe planters I made had to be moved from the greenhouse to the deck so I got that done and set beside the chaise lounge between the HorseRadish pots. 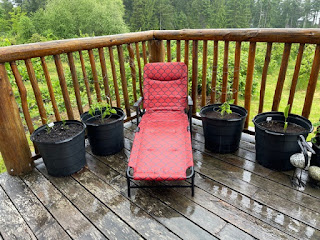 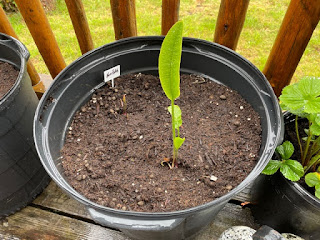 If you recall I had a plant growing in here that didn't look like the other horseradish planter sprouts, turns out its the same thing... horseradish. Whew. 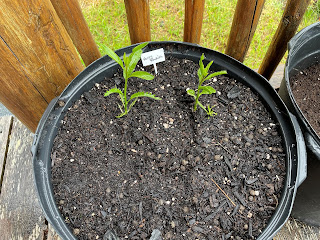 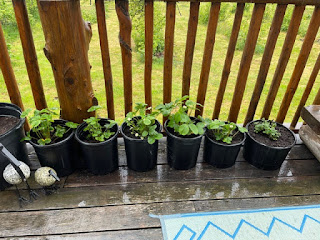 Our Strawberries from last year were just left on the deck as is all winter and they are thriving again this year. I didn't know that would happen, I must admit. 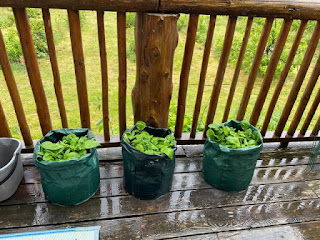 Potatoes had to be unrolled and reloaded with more soil for more potatoes to grow. 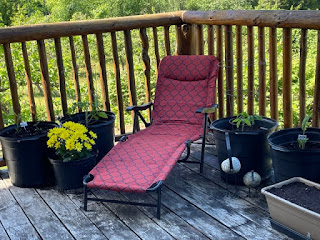 My Daisy plant that Brad gave me on Mother's Day was put into a bigger pot and set on the deck too. Hopefully it will last longer this way, as its so bright and cheery. 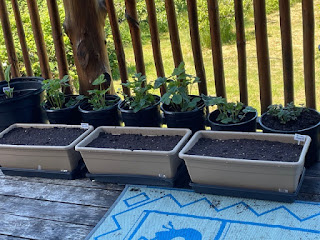 Previous Romaine planting in these pots did not germinate so I tried it again, we'll see.
I did put the previous seed packet seeds into water and they all floated (sure sign they're dead), so I used a different package this time.... 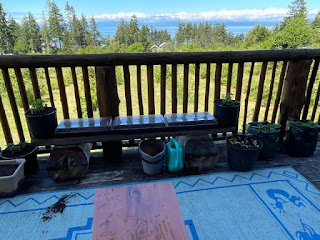 These 3 trays are for Broccoli microgreens which we did indoors in early spring and we really loved them, nice mild nut flavour so I have 3 trays and I planted one, will plant them every week in rotation. 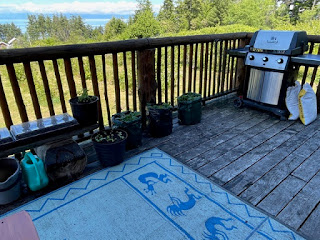 Also moved 2 Lemon Balm plants outside beside the microgreens. 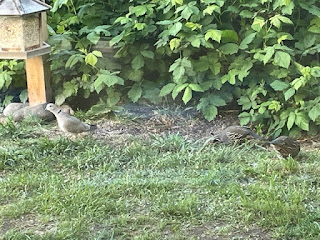 Eurasian Collard-Dove?
I did a bunch of stuff in the greenhouse too but didn't get pics so you have that to look forward to LOL

I haven't checked the weather yet but the sun is out and its a blue sky so the day looks promising.