In no particular order

Put the truck in the shop Tuesday to have the ball joints done as there was a wobble on the passenger side. Got it back Friday. Saturday I packed up the truck and tried to start my long journey home but it wouldn’t start.
Called CAA and they sent a kid with a couple of battery charge packs but it wasn’t enough juice, he called a big truck to attempt a boost or tow me back to Evoy’s shop.
Now to be clear, I’ve used Evoy’s before and they are Dad’s go to.
The 2nd truck couldn’t carry my truck as it’s loaded and couldn’t get me boosted either. Batteries read ‘ok’ (11.83 is low but still good)  all 3 of us checked them. 2nd guy called a 3rd to tow me. Not a very friendly chap that 3rd one but he got her on and moved to the shop. 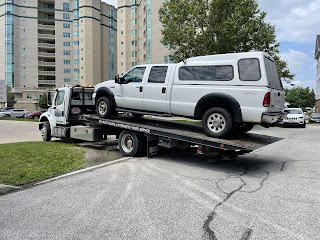 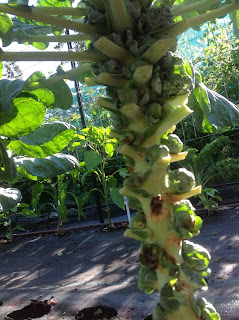 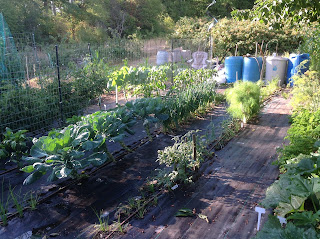 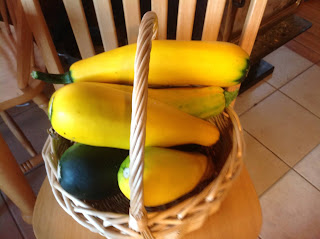 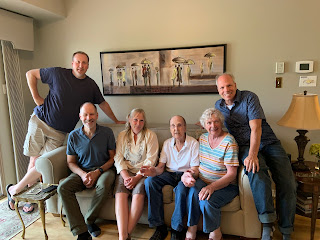 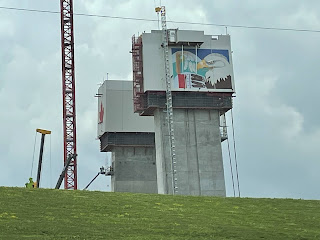 Legs for the new U.S-Canada bridge in progress 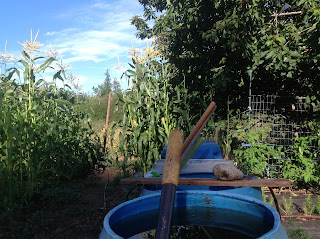 Corn
So just before we arrived here the Dr’s took Dad off the cancer pill he was on which was making him so deathly ill that we almost lost him. They said it ‘could’ extend his life but I can tell you that is no way to ‘live.

So in just the first couple of days after our arrival he made leaps and bounds. Of course this won’t cure anything but he will be comfortable and both Drs he has seen since we arrived now say they want to see him in 6 months which is fantastic.

As his new wife is taking such great care of him, I am going to start making my way home. Unfortunately, as noted above the truck wouldn’t  start and so I’m waiting until the shop opens in about an hour (oops need to beautify).

I’m sure that it’s just a ground wire or something that came loose during the repair and hopefully not a major problem. Fortunately my departure was not urgent and I could afford to wait the weekend out, and spend more time with my favourite Daddy!!

I was meant to call some blogger peeps while I was here but it just hasn’t fit in so far. If for some reason I stay awhile longer I’ll call them and meet up. Sorry guys.