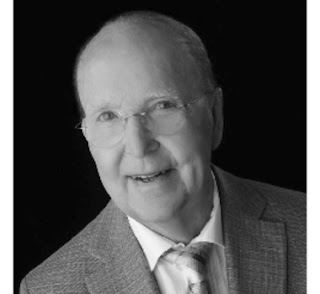 He was born in London, England, during the war, joined the British Merchant Navy at 18, became an electrician and travelled the world.But the irrepressible James (Jim) chose to make Canada his home, first in Saskatoon in 1974, then in Windsor, where he worked at Chrysler, because he wanted more opportunity for his children.All the while, Jim happily lived his philosophy of rolling with the punches and criss-crossing the globe."My outlook has always been to see a lot of this planet while I'm on it," he said recently, while reflecting on his life, often with his characteristic, infectious laugh. "I've been luckier than most. Some guys live and die in the same town and never go anywhere. I went everywhere."Jim was a go-getter who got things done, who remained optimistic even in the clutches of the cancer that finally took him, and who found love late in life. In the middle of the pandemic, he married Ann Pearson - with whom he did not have enough time and who he called his "soul mate."Through thick and thin he said the thing that brought him the most joy was family, including his children Katherine (husband Brad), and Dave; his grandchildren Lee, Carey (wife Kelsey), and Landon; and his great-grandchildren Xzavia, Brooklynn and Royce, all of Saskatoon. He is also survived by his sister Ruth (husband Del) in the U.K., as well as his step-children Scott (wife Sue) and Craig (wife Bev), and step-grandchildren Carter, Kate and Spencer in Windsor and Oakville.He spent his final days with wife Ann lovingly by his side. A tribute to his life was held at Windsor Memorial Gardens Cemetery.Jim was thoughtful, kind, considerate and warm - a gentleman in every regard.Though he loved travelling, he also enjoyed tinkering at home, fixing this or that, and spending time with those he loved.As his daughter Katherine said..."Dad was adored by many, respected by all and will be loved for eternity."
Posted by Gone Rogue at 7:01 am

Email ThisBlogThis!Share to TwitterShare to FacebookShare to Pinterest
Labels: Family