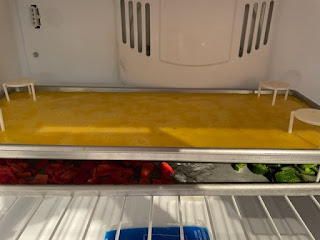 Farm fresh eggs ready for freeze drying
I do 18 per tray. 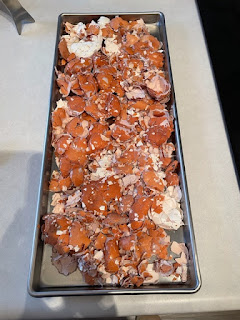 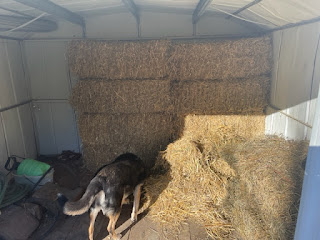 Brought in what we hope will be enough hay and straw for winter
2 Hay, 6 Straw 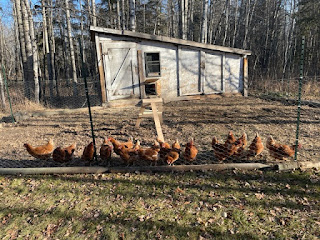 Ladies are happy and providing a full meal deal of 15 eggs/day
Not too shabby for 15 chickens! In winter! 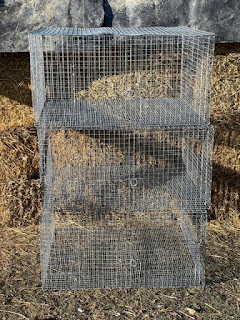 The rabbit cages are ready for pickup, but.... 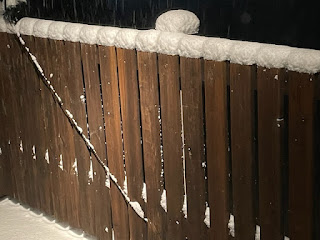 We had a blizzard! 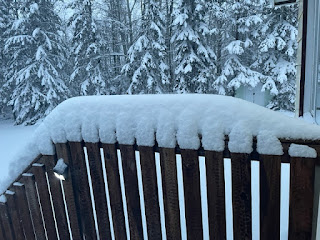 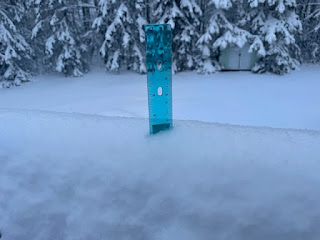 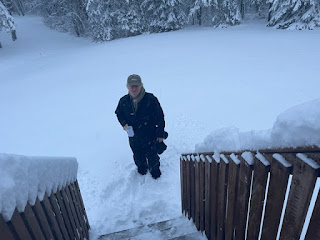 Baby its cold outside
The snow sure looks magical on the trees, though. The bows are hanging low and heavy. We had trouble getting the new snow blower going, Brad had to disassemble and fix it which took up a lot of the day yesterday. It propels itself along, which is fantastic!
I had to shovel a small path from the back door down to the rest of the garden as the deep snow and incline was too much to get that thing up to the back steps.

I also had to shovel a small area beside the back door where Robbie is trained to do his business, he doesn't like to get snow on his underbelly and likes to have something tall to lift his leg against so I just made a higher wall with the moved snow and voila.

I cleared a path in front of the chicken coop and put down a bunch of straw along it so the birds have an outdoor space without burying their whole bodies in the snow as it was taller than most of them. I haven't taken a picture of it yet, sorry.

This morning I strained a 'Fire Cider' that I made - well, 6 weeks ago and so I am taking the strained bits out to the chickens for a treat... have to remember to add a bit of eggshell to it first.... (I did run it under water for a few seconds and strained it just so it isn't soooo strong for the chickens). 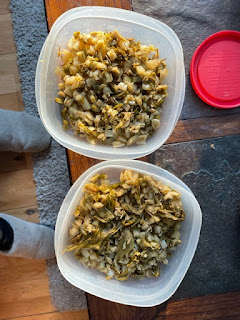 I've been keeping a stash of our used glass bottles and I thought this one was fitting for the Fire Cider. I did show it to Brad and advised that he not confuse the two!!!
HAHAHAHA

Once we get the cages, we have to complete the rabbitry area to make arrangements for their highly acidic urine and to separate the poop as we will use it for the garden. Free this year, last year we bought it from a local I found who was willing to sell it, not cheap either.

Then we can get the rabbits!