In early June, Brad's uncle passed away. As soon as we heard, we packed up and shipped out to Saskatoon to spend a few days with Brad's Mum.
Fred was 93. 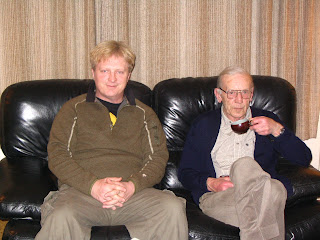 Brad with Uncle Fred
Of course, while in Saskatoon we have to see the rest of the family too. We borrowed the grandkids and took them to the Children's festival down at Kinsmen park that weekend. They had never been in a convertible before and they thought that was the coolest thing ever. Unfortunately, our oldest granddaughter wasn't able to join us due to previous commitments. 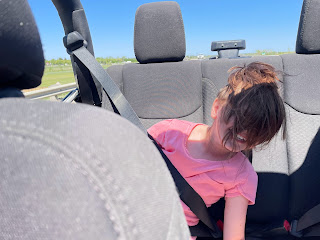 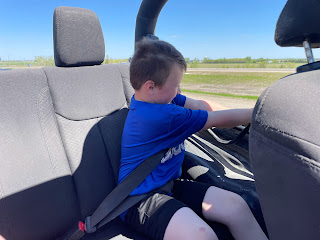 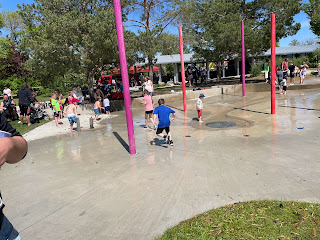 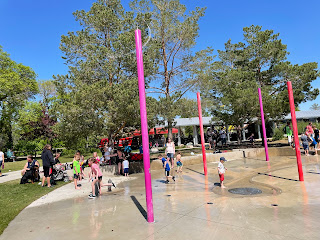 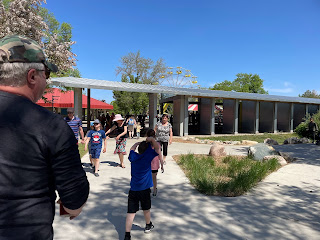 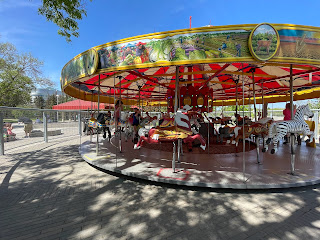 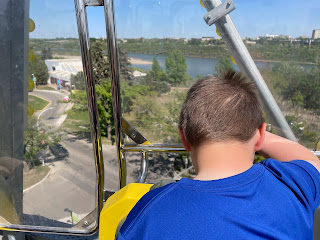 Afterwards, we all went for ice cream. According to their mother, they had a fabulous time and kept talking about it incessantly.
It was a short visit, just 3-4 days but it was so nice to see everyone again. We were also able to re-stain Brad's Mum's front and back decks while we were there so she has a nice spot once again to entertain as she loves to do.
Posted by Gone Rogue at 4:00 am