Our first day in the U.S. We woke up and piddled about getting ready to cross the border, but I forgot to throw out the rice. The crossing was pretty uneventful, we were boarded and I had to sacrifice my Jasmine/Basmati rice which I had intended but forgot to throw out. The border guards were pleasant unlike some that I have met in the past (when just jaunting through to another part of Canada, years ago).

I remembered to take some pictures along the way, woohoo, I have a memory after all.. 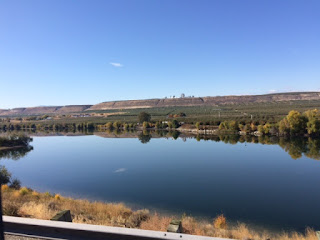 Shortly after crossing, those are satellite dishes in the distance 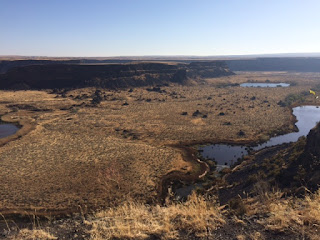 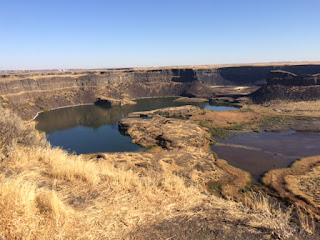 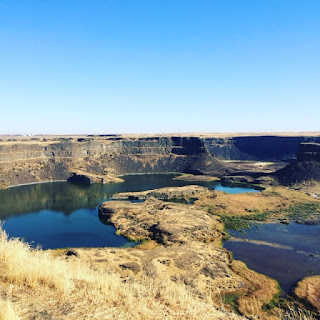 We drove a few hours and decided to look for somewhere to stop for the night. Drove past Country Mercantile and I remembered having seen it on OvernightParking so we turned around and I asked permission to stay. No problem, apparently you don't even need to ask. Stay in the back of the parking lot. Had a few trucks come in last night but didn't hear anything once we went to bed. We went in for a sandwich for supper, very filling, so worked out well and did a bit of browsing. What a shop, they have tons of stuff from decor to jams, pickled veg, produce and a deli with plenty of tables to enjoy a meal while you watch everyone spend all their husband's money - I mean shop :) 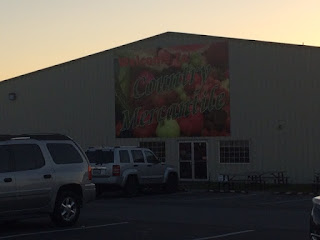 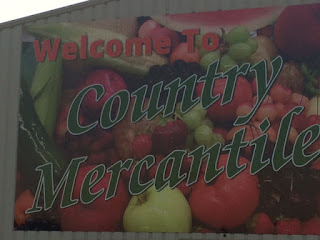 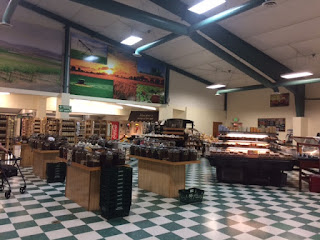 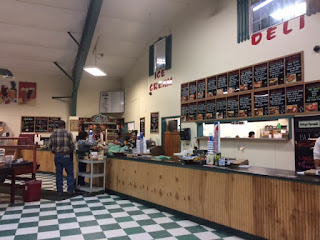 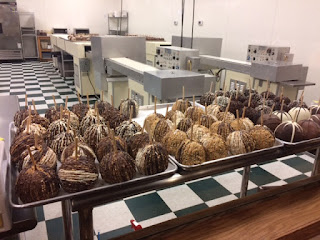 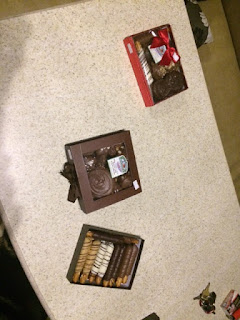 Did I mention it is also a chocolate factory? NO? Oh, well its also a CHOCOLATE FACTORY!!! If it was warmer at night you'd never get me away from this place, let me tell you. The boxes pictures above were buy 2 get 1 free. So naturally...

As we are trying not to plan anything for this trip, we have no idea where Day 2 will take us. Just drive until we get tired of it, stopping at anything intriguing along the way. Our only 'rush' would be in getting to warmer weather but we're just going with the flow to reach it.

His Lordship wants to go through Las Vegas, but I know that would be a mistake. We've already agreed to stay away from any major centers and I'm pretty sure that one counts. The 'plan' if there is one is to see as many states as possible in the interior enroute to (we think) Arizona but that's completely negotiable should we find something good. I would like to see Texas, Louisiana, Alabama so it will be interesting to see where our travels take us.

I would love to meet up with some fellow boondockers who can teach us a few tricks of the trade so Arizona seems a good bet.

As always, thanks for following along and I love getting comments. I actually have some regular commenters, which is totally awesome!

PS- For anyone following the solar thing... the CPAP only used 10% of the batteries last night. BONUS!